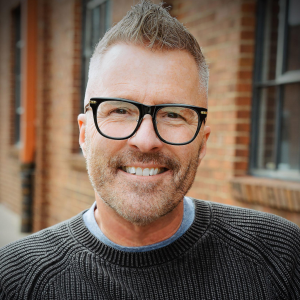 We?re church communicators. We have an important message to share with our congregations and our community! A picture could be worth a 1000 words, but we also rely on actual words.

Why? Because more and more, people are reading less and less. That?s why MORE will read if you say LESS. But our communities ignore us, so we have the bad habit of saying twice as much since people are barely half listening. We end up contributing to the noise that drowns out our messages.

Let?s stop that. Instead, as a better communication strategy, limit your words and choose them very carefully. Stop using words that don?t make sense or mean nothing to the people we?re trying to reach.

Words matter. But then fewer words each matter more.

Let me suggest eliminating specific ones. This list isn?t exhaustive, but they are the most abused. Most of them have little meaning, a bad connotation, or shouldn?t be associated with our churches.

Remember, in social media the most engaged posts are short and abbreviated. Twitter, with their 140 character limit, has it right. Keep all social media posts to that brevity. On church webpages, it?s best to keep your content to 50-75 words and make them scannable (headlines, subheads, bullets) and interestingly, the same holds for emails.

Stop writing before people stop reading. Most people only want to spend about 10 seconds on a digital form of communications (and less than 3 seconds on social media posts). The average American reads about 300 words/minute so in10 seconds most can capture only 50 words.

Church, please eliminate these 10 words/concepts so that your messages are clear, concise, full of love, edifying and shorter!

The rule of thumb in good communications? Always edit what you?re saying to reduce the words as much as possible. Do the heavy lifting for the world that doesn?t like to read a lot. Edit. And then edit more. Your community will enjoy your communications so much more!

Mark MacDonald is a Bible teacher, speaker, writer, and communication strategist for BeKnownForSomething.com. He empowers churches to become known for something relevant (a communication thread) throughout their ministries, websites, and social media. Mark and his wife, Tammy, live in North Carolina with two sons ministering at churches in Calgary and Chicago. Follow him: @markmac1023
All Posts

4 Tricks to Grab the Attention of Busy People

The Most Creative Thing I’ve Ever Seen: Mark MacDonald

Is Traditional Advertising Dead for Churches?

What Are Your Next Steps?

6 replies on “10 Words and Concepts Churches Overuse in Communications”

#7 has been a struggle for me. When we need to talk about “unchurched” or non-Christian people, what words do we use in our communications?

TBH, I use unchurched a lot when I’m speaking at church conferences. It’s descriptive and now in most of our vernacular. However, externally, if I’m talking to the community I use terms like “our community” and “everybody”. I don’t push them into a box that they don’t know exists. Simply reach out to them the best way as possible!

I’m just now reading your articles and find them very useful. I’m puzzled as to why you use ? marks in so any of the words. It’s very annoying but thought that since you are writing about communications, there might be a good reason!

So weird about the ? marks in the text. Seems to be a font substitution and not my intention. I’ll reach out to the publication’s editor! Thanks for reading and your kind words!