3 Tips for Speaking During Worship 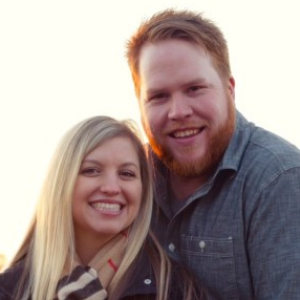 You?ve taken the time to plan out a great set of music, helping to prepare a time for your church family to worship together ? even crafting moments where you?re going to share your heart or teach about one of the songs you?re singing. But have you thought about what you?re going to say?

Worship leaders seem to have this weird assumption that just because God has gifted them as a musician, they are going to be a great orator as well. While that natural talent can translate for some people, most of us have to grow the skill of speaking in front of people, especially if we want to make sense.

Let?s be honest for a minute: Have you ever listened back to a recording of yourself when you shared or spoke during a worship set? Did you make sense? Did you stumble over your words and did you have a clear point you were trying to communicate? Things tend to sound different in our heads than when we speak them out.

Here are three practical tips when it comes to speaking during worship.

1. Have a Clear, Intentional Point

One of the most far-reaching problems worship leaders face when speaking during worship is not having a clear point. When we don?t have a place we are trying to land, we tend to end up rambling and going on and on and talking about things that don?t really connect and maybe even bringing up? See what I did there?

My advice is when you?re planning a time for you to speak during a worship set, answer this question: What is the one thing you need to communicate during this time? Once you answer that, you?ll have the core of your message and can start to work out from there.?

Let me note that I?m not talking about those spontaneous moments where we lead out. That is a different skill set and not what we?re talking about here.

2. Be Aware of Your Pace

Have you ever listened to someone who spoke quickly? They?re often difficult to understand, and you tend to zone out after a few moments. What about someone who speaks? very? slowly? That?s almost worse, kind of like torture (if you?ve seen the DMV scene in Zootopia, you know what I?m talking about).?

Use space intentionally and purposefully. There are statements you?ll want to put out there and give a beat for people to consider it rather than jumping right into the next sentence. Space can be useful, but tricky; be sure to not err on the side of awkward silence.

While this may not seem like a big deal to some, let me assure you that being theologically correct when you speak from stage matters. A lot. Just like it would be unacceptable for your pastor to say something that isn?t theologically correct, it?s equally irresponsible for worship leaders to be careless.?

We?re helping to shape how our church family thinks about God with what we say. Let?s take the care we should to ensure that we?re speaking truth about Him. And if you find that you say something incorrect in the moment, take a moment and correct yourself. Don?t feel the need to appear as if you know everything or are perfect. Authenticity breeds trust, especially over time.?

Chris is a worship leader, writer, and consultant who has a passion to help other creatives serve the Church even better. He?s the Creative Arts Pastor at Journey Church, writer at cdenning.com, and the Chief Guru at PCOGuru, a consulting company focused on helping churches with their Planning Center Online products. Chris lives outside of Charlotte, NC with his beautiful wife, Abrie, and sweet daughter, Addison.
All Posts

The Balance of Visibility and Invisibility in Worship Leading

How to Make Worship a Refuge for People

3 Ways to Prepare People for Worship Before the Service

What to Do with Auditionees Who Don’t Make the Cut

2 replies on “3 Tips for Speaking During Worship”

Here’s a tip… DON’T speak during worship; let the music speak for itself. I go to a church where the worship leader(s) feel the need to verbally tie every song into the theme. I call these ‘mini-sermons.’ They’re often times painfully long, painfully uninteresting and painfully cliche. They must go!

Good thought John. I agree that we don’t need mini-sermons to go with every song, space in worship is just as important as anything else.

I talk about this concept as a spectrum, with the two ends being “Song Singers” and “2nd Lead Pastors.” Looks like this:

I don’t think worship leaders are meant to get up and just crank out a few tunes and get off the stage. That’s just a Song Singer. There is a pastoral element to leading worship, and I think that’s where this topic of speaking comes into play.

I also don’t think, to your point, that WL’s need to add something about every single song they are singing. These are the 2nd Lead Pastors. Aint nobody got time for that.

I believe there is a balance and that each gathering is unique, which requires us to lean more one way than the other as needed. Our job as WL’s is to be sensitive to this and to learn how we can manage that tension well.