A Gospel-Shaped Message for the Fourth of July

During the upcoming July 4th holiday, as a pastor or church leader, take the time to remind your congregation that they are first and foremost a citizen of heaven (Phil 3:20); not the US.

What do you think about President Donald Trump?

Does his name invoke hatred? Do you have feelings of hope? Do your family and friends love or hate him?

Regardless of where you fall in your love or displeasure with President Trump, his rise to presidential power has made one thing clear for Christians: We have much to learn when it comes to discussing our political opinions and differences.

Throughout the presidential election and even today, many Christians have been violent, mean-spirited, and downright nasty toward those with whom they disagree with politically. The same people that God sent his Son to die for, people with whom he has called us to share the gospel with.

But if our political discussions carried out in a way that does not reflect the love of God as expressed in Jesus Christ, then we run the risk of damaging the bridge between Christians and non-Christians.

Who are you listening to?

Researchers David Kinnaman and Gabe Lyons did not surprise many when they found that ?Christians do not respect leaders whose political viewpoint is different from their own.? Their research paints an uncomfortable picture of the way Christians are perceived by many people who feel that they are more influenced by radio talk show hosts than Jesus and the Bible.

As Christians, we have to remember that politics do not supersede God, nor replace our confession of faith and life in Jesus Christ. Discussions about political matters does not mean that our involvement and manner of conduct is compartmentalized from our faith.

Regardless of someone?s political affiliation, we are commanded to love and pray for our leaders?not for their death and eternal damnation, but for their wellbeing, so that we may lead a peaceful life. It is this attitude and behavior that is good and pleasing to God (1 Tim. 2:1-3).

Even though we may disagree with others (and each other) on a host of political issues, these disagreements do not give us the right to disrespect, degrade, or debase those with whom we disagree.

How does the Bible teach us to engage politically?

The Bible has much to say about how we should speak of and with those with different political opinions.

For example, in the Book of Exodus, we read, ?You shall not curse God, nor curse a ruler of your people? (Exod. 22:28). What we see is that cursing your political leader is second only to cursing God.

Also, consider the example set by Daniel, Shadrach, Meshach, and Abednego, who were commanded by the pagan King Nebuchadnezzar to break the Mosaic dietary laws by eating and drinking the king?s food and wine (Dan. 1:5-8). These Jewish men refused to eat the king?s food, and compromise, but they did so in a respectful and wise way rather than haughtily condemning the king?s command as an abomination. They did not act ?Holier than thou? by disrespectfully condemning King Nebuchadnezzar and his actions.

What is more, in the Book of Acts, we see the command of Exodus 22:28 quoted and exemplified by the Apostle Paul when standing trial before the Jewish Sanhedrin (Acts 23).

When the Jewish high priest, Ananias, ordered those standing beside Paul to strike him on the mouth (Acts 23:2), Paul initially was unaware of the high priest?s presence, and he had some choice words. But when he became aware of who it was, Paul repented, saying, ??I did not know, brothers, that he was the high priest, for it is written, ?You shall not speak evil of a ruler of your people?? (Acts 23:5). For Paul, it was important to honor and respect the appointed leaders, even when their actions were wrong.

In Christ and politically in the US we are free to disagree with others, and we should if we do. We must be informed biblically, aware politically, and capable of robustly discussing our differences with dignity and honor.

As we engage the political process, we should do so in love. We are to speak the truth, but in love.

This means that as we express our political opinions, we should do so in love. As we discuss our differences, we are to do so in love. We are to hold the government and elected officials accountable for their actions, but in love.

And the standard of love that we use in judging all of our actions is the standard that Jesus Christ set by humbly sacrificing himself for us on the cross. ?And as vigorously as the evangelical presses his battle,? once remarked Carl F.H. Henry, ?he ought to be counted upon to point to the redemption that is in Christ Jesus as the only adequate solution.?

Christ is our example

There have been times and there will be times when Christians will be wrongfully accused of crimes, sued, and judged unfairly. But this doesn?t give us the right or privilege to act in any manner we see fit, especially if it is not reflective of the gospel.

During the upcoming July 4th holiday, as a pastor or church leader, take the time to remind your congregation that they are first and foremost a citizen of heaven (Phil 3:20); not the US. This is a subtle, yet important point to make.

In Christ, our heavenly citizenship should influence our citizenship in the US; not the other way around. Jesus compels us to love our neighbor. In light of biblical principles, our relationship with the church, and the power of the Holy Spirit guiding us, we are to seek the common good for everyone in our community, state, and nation. This is practically worked out in many ways.

Steve Monsma explains how this is the case:

Sometimes solidarity will drive us to our knees in prayer, sometimes to giving our money to organizations offering help in Christ?s name, sometimes to direct, personal acts of comfort and help, and sometimes to supporting public policies that oppose wrongs and promote greater justice. And sometimes it will lead us to pursue all four together.

As we look to Christ, who left the comforts of heaven and descended to take on human flesh, we will see that our manner toward others should be marked with not only love, but a high level of humility. We see this no more clearly than in Philippians:

Do nothing from rivalry or conceit, but in humility count others more significant than yourselves. Let each of you look not only to his own interests, but also to the interests of others. Have this mind among yourselves, which is yours in Christ Jesus (Phil. 2:3?5).

By maintaining our unique identity in Christ, our attitudes, methods, and disposition toward those we disagree with politically will be shaped by the gospel, change the perceptions of those we live and work with, and open up new opportunities to let others where they can find ultimate independence, freedom, and hope in Christ.

Jesse Wisnewski is the marketing director at Tithe.ly. He lives outside of Nashville, TN with his wife and five kids.
All Posts

How to Write an Attention-Grabbing Text Message 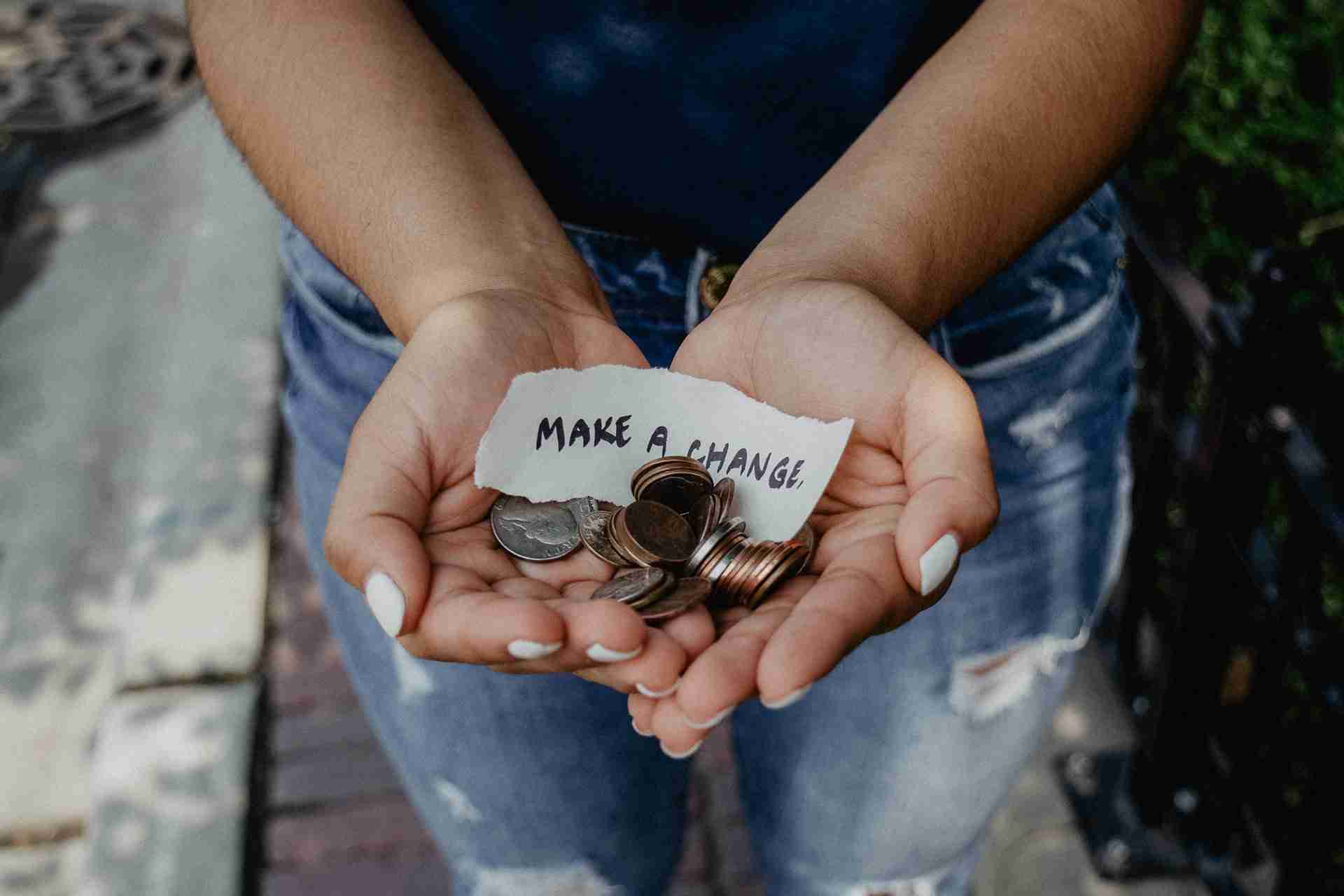 How to Ask People to Give Without Fear (or Being Awkward) 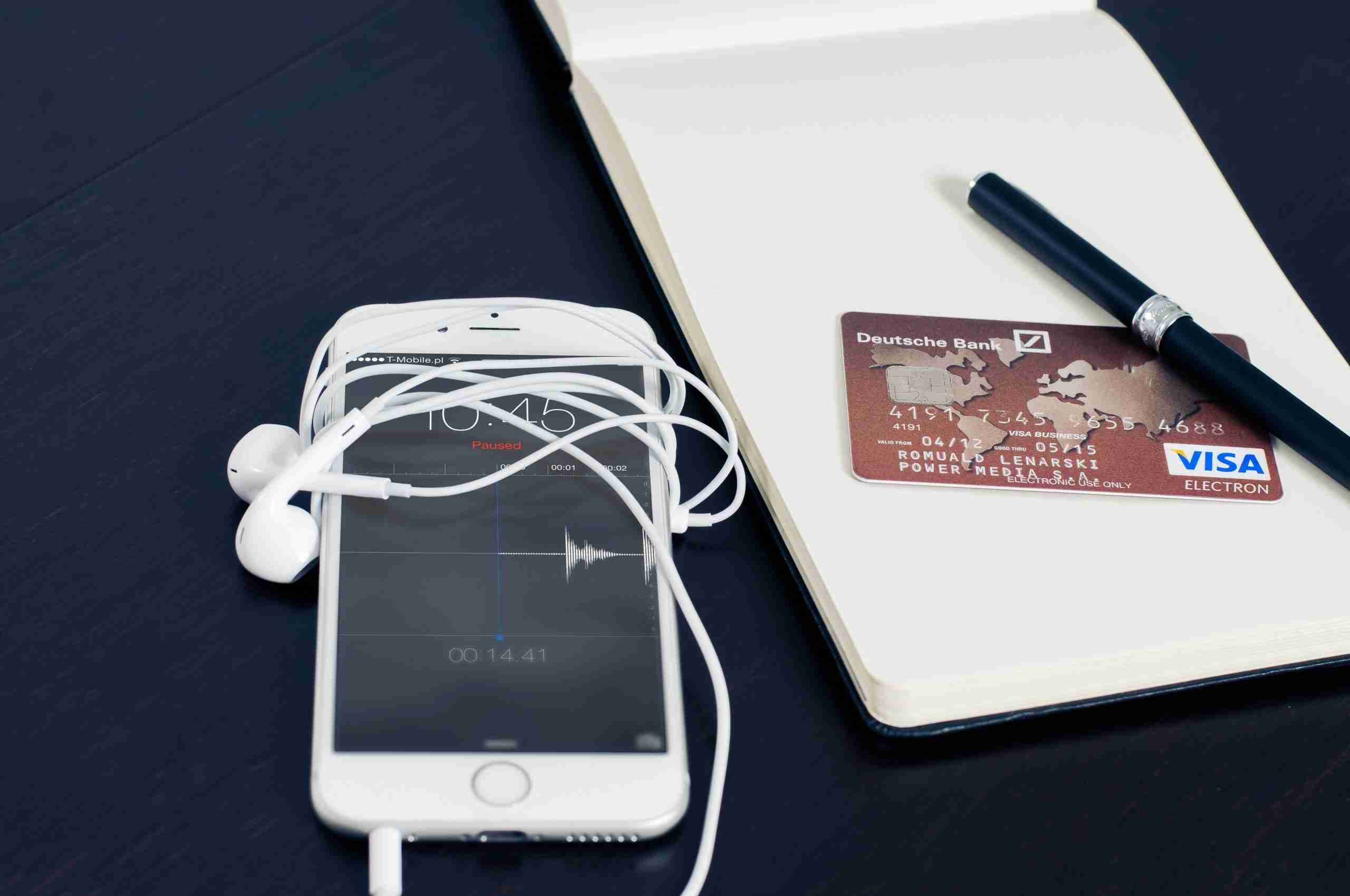 Do This One Thing to Increase Giving in Your Church 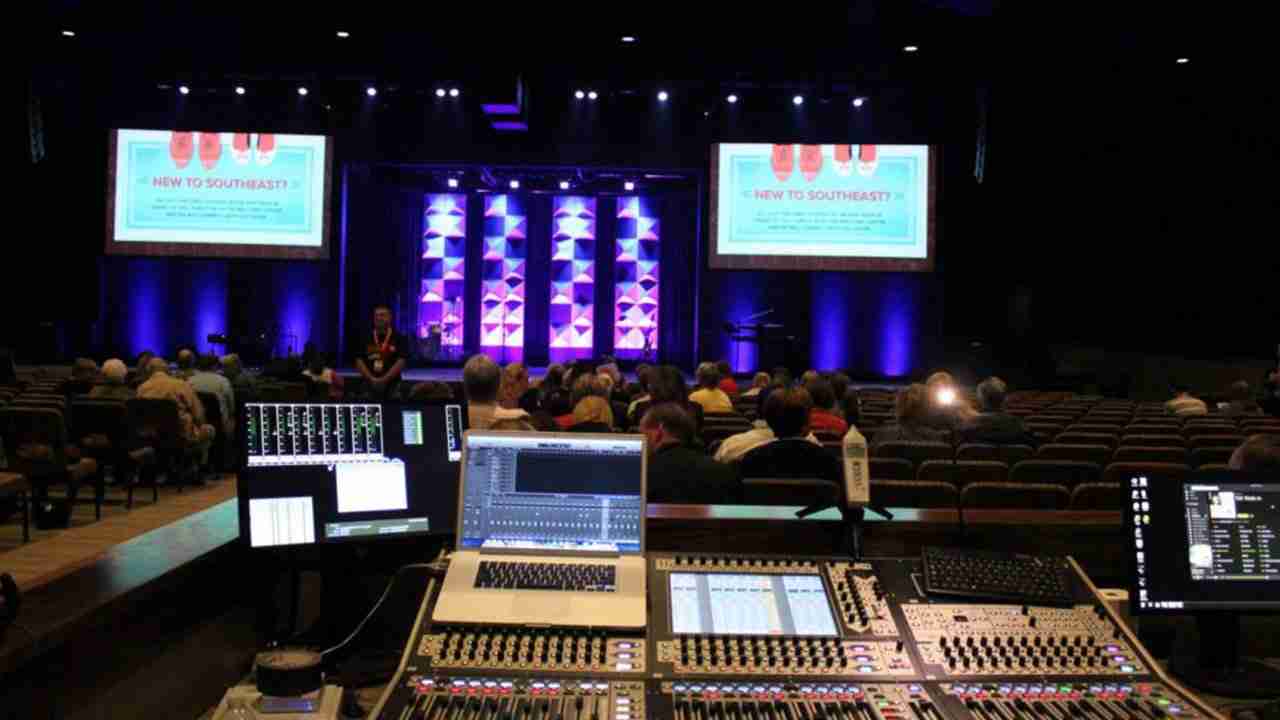 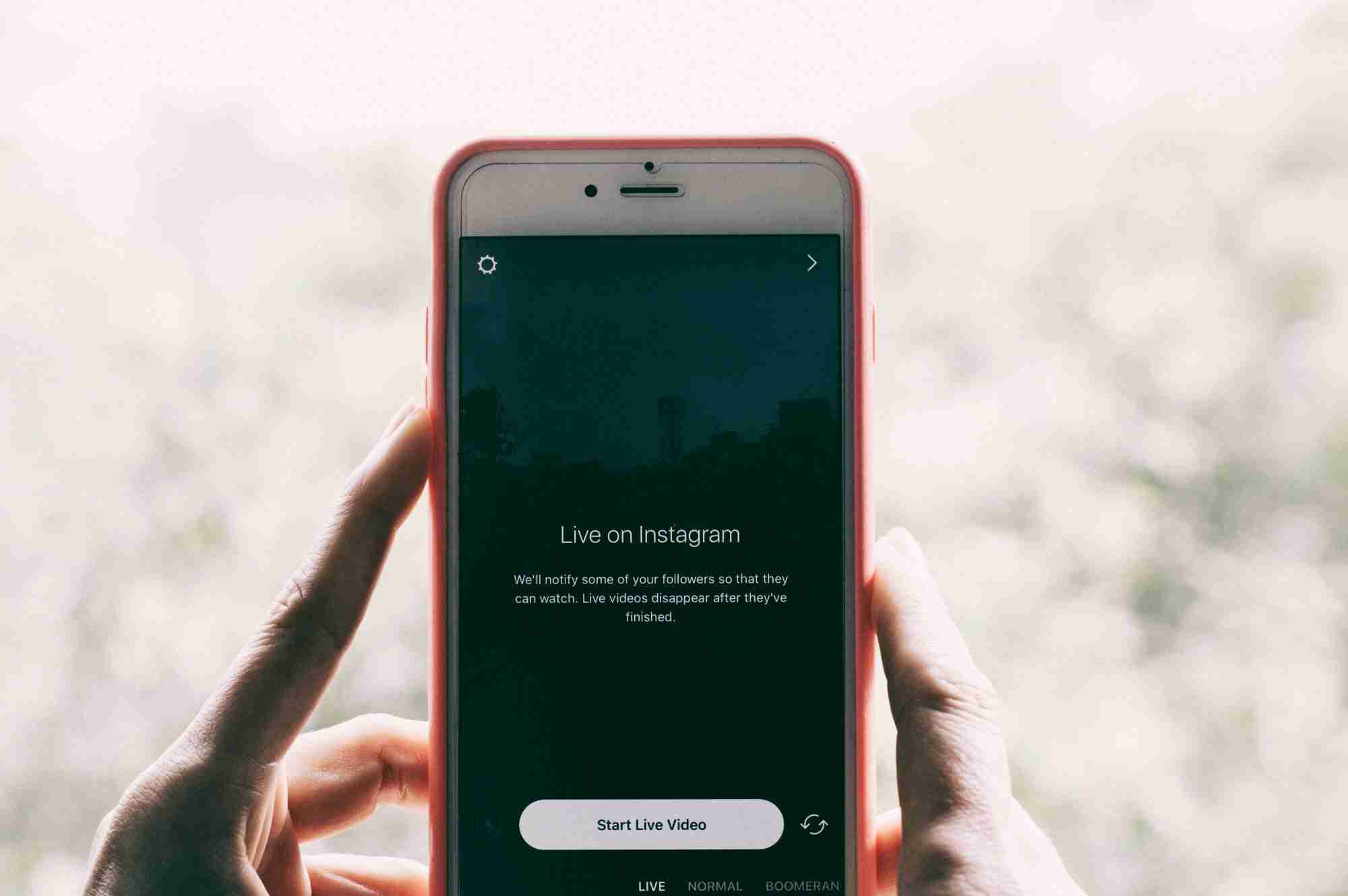 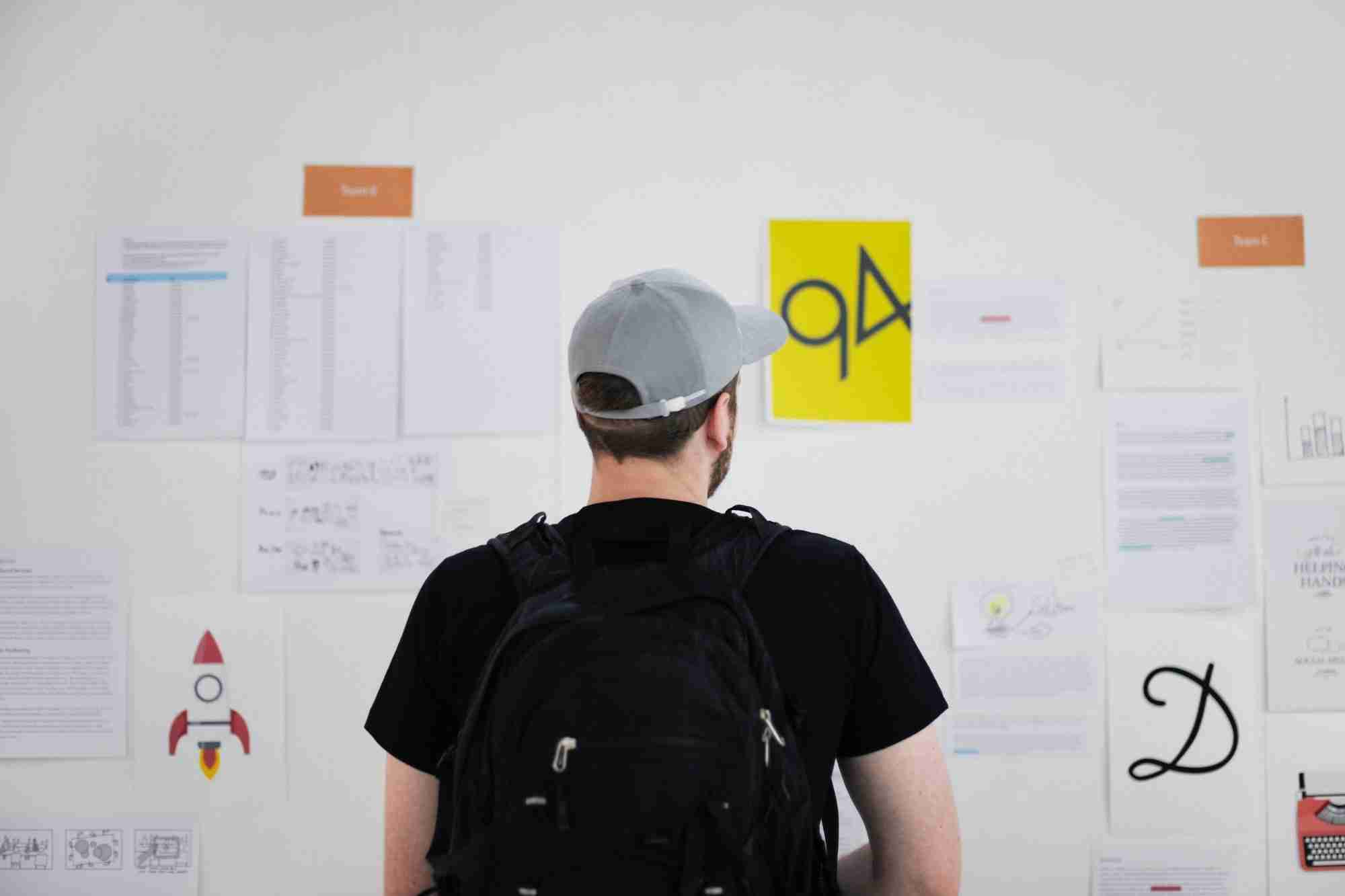 How to Quickly Create a Communication Strategy for Your Church