The Atomic Structure of a Leader 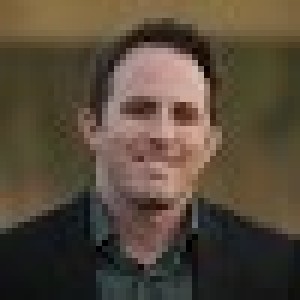 One of the dumbest ideas I ever had was a Speed Dating night for our college group.

I was the college pastor and I started asking people on the church staff what they thought of it. As you can guess it got mixed reviews. But I got just enough positive feedback to convince me it was a good idea.

Looking back I wish more people had given me some negative feedback. But who likes negative people? We all want positive or at least neutral people that we can influence around us.

This may sound all Jedi or eastern mystic, but I think God created life in a way that it requires a balance of positive and negative forces.

All those forces balance each other out.

As much as I hate negative feedback and complain about people who give it, it?s those people who often save me from looking stupid.

As much as I love ?yes men,? it?s those people who encourage me to do things like a Speed Dating night for hormone-driven college kids.[quote]We need both negative and positive charges around us.[/quote]

We need both negative and positive charges around us.

One of the hardest parts of being in the middle of a highly charged environment is making sure your own charge doesn?t overpower the other charges around you.

You may be naturally pessimistic, or as you call it?realistic. If you have a negative tint to your view and are strong enough about it, there?s a good chance you?ll overpower any others around you who see things differently. They?ll just stop giving off their natural charge and adapt yours.

There are some people who are just so optimistic that they?ll power through anything, regardless of what valuable negative feedback they are getting. They?ll convince everyone something is a good idea with no regard to their input. They write off the negative folks as being just that?negative. When in reality, they may be in tune to the truth of the situation.[quote]A?leader is wise to develop the people around them to feel confident enough to give off their negative or positive charge into any decision.[/quote]

Ultimately the leader makes the call. But a leader is wise to develop the people around them to feel confident enough to give off their negative or positive charge into any decision.

Leaders should strive to create an environment where people are free to be who they are naturally. Whether that charge is more negative, positive, or neutral. They all have a part to play.

Good leaders need a balance. It takes confidence to have people on the two extremes around you. But if you can learn to live in the balance of those forces, you?ll be able to accomplish something that really matters.

Matter. Get it. See how I did that?

Jo?l is the founder of Summit Leaders ? an organization that takes men on outdoor expeditions around the world.
All Posts