When I first read Boundaries, that now-classic relational handbook by Cloud and Townsend rocked my world. As a full-time worship pastor, I remember reading that the most basic boundary-setting word was ?no?. More importantly, I remember the distinct feeling that God was giving me the beautiful freedom to say it.

So much of my life in pastoral ministry was a painful series of dealing with, and not dealing with, boundary issues. As a full-time marry-and-bury pastor, I did what came naturally to me.

And that statement is the single reason why I?m no longer a pastor.

These days, I?m extremely interested in waking up every day, and saying yes to God. This is, for me, of paramount importance ? even more important than saying no. When I say yes to the right things, the no begins to pale in comparison.

Eight years ago, I quit pastoral ministry. And during those eight years, God has forcefully and intentionally reacquainted me with two deep and abiding truths that I dismissed when I was a pastor. During my first forty years on this planet, He was inviting me to say yes to these two abiding truths, but I told Him no.

I was too enamored with building His church to hear His voice.

These deep and abiding truths came, for me, in the form of questions from Him.

Saying Yes to Your Identity

The first question God wanted me to figure out was a simple one. God posed these words to me: ?Who are you??

There?s a story in Matthew called ?The Treasure in the Field?. It only takes two verses from beginning to end, and goes like this.

“The kingdom of heaven is like a treasure hidden in a field.
When a man found it, he hid it again,
and then in his joy went and sold all he had and bought that field.?
Matthew 13:43-44

We read this parable, and make immediate allegorical application. A guy finds a treasure that?s been hidden in a field. He runs out, sells everything he has, and purchases the entire field ? thereby gaining the treasure. Jesus says, ?That?s what the Kingdom of Heaven is really like.? But when you read the story in context, it may actually mean something entirely different. If you look at all of the parables in this section of Matthew, you?ll see consistent characters being highlighted.

Stay with me. This ends well.

The Sower (Matthew 13:1-9) ? In this story, there is a farmer who scatters seed. The seed lands on four different soils. Jesus later explains it this way: The Farmer/The Man represents God. The Seed represents the Gospel. The Soil represents people. These people either get it, or not.

The Weeds (Matthew 13:24-29) ? Once again, there is a farmer who plants good seeds. There?s an Enemy who sabotages the whole thing by planting weeds with the good seed. And just like the first parable, the Farmer/The Man represents God. The Seed represents the Gospel. The fruit (either wheat or weeds) represents people. These people either get it, or not.

There?s a pattern here. The man (or the farmer, or the landowner) always represents God. And the people in all of these parables are seen as lying dormant, then having some life offered to them. They either respond to that life, or not.

The Treasure in the Field (13:44) ? But when we get to this story, for some weird reason, we flip all the characters around, and who they represent. We do something the original readers would never have done. We make ?the man? represent us, and ?the treasure? represent the Kingdom. But in keeping with the pattern already established by Matthew, the story reads completely different than that.

The man in all these parables always represents God. So the Kingdom of heaven is a realm in which God finds a treasure in a field. And we have nothing to do with finding the treasure. In Matthew?s already-established pattern, it?s way better than that.

We are passive objects lying dormant, waiting for life to be given to us.

And then, this man went and ?sold everything he had to buy the field?. Could the cross possibly be described as anything greater than God giving up everything He has to buy back his beloved? Redemption defined.

And here?s the kicker.? God did this all ?with great joy?. Why? Because the possibility of bringing this exact treasure into His presence makes God overjoyed.

The possibility of you in God?s presence makes God overjoyed.

When I was in pastoral ministry, what I missed in the impossible church deadlines, and the always-needy people forming a line outside my office, and the constant last-minute creative changes by key leaders, and the gossip and the glass house with people throwing boulders, was this:

At the center of the core of God?s heart toward me, He deeply feels that I am to Him, a treasure. I made my ministry my identity, and God was fine with stripping me of that impotent idol.

Saying Yes to a Life With God

The second question God reacquainted me with is this: ?How am I living??

In church ministry, our entire lives can become defined by what we accomplish for God. As a matter of fact, I would say that, for me, this was the primary reason I worked in a church – to do something great for God. But what I?ve discovered over the past eight years is that there is a monumental difference between living our lives for God, and living our lives with Him.

1 Samuel 10:6-8 ? Samuel says to Saul: ?The Spirit of the LORD will come upon you in power, and you will prophesy with them; and you will be changed into a different person. Once these signs are fulfilled, do whatever your hand finds to do, for God is with you.??

In Jesus, the Word becomes flesh, and you shall call Him ?Immanuel?, which means ?God is With Us?.? We think that?s theology or doctrine. And it is. But it?s also a statement of intimacy, because at the heart of it all, God wants to be with what He considers to be a treasure.

I have three gorgeous daughters and a beautiful wife. If I only wanted them to organize their activities around doing things for me, you might say I?m self-centered and a little off balance. You might even call me narcissistic. That?s the stuff cults are made of, right? Why would we think that?s all God wants from us?[quote]There?s a world of difference between living for someone, and living with someone.[/quote]

There?s a world of difference between living for someone, and living with someone. God?s deep desire is for you to partner with Him in carrying His redemption to the world, and He wants to do that together with you.

God loves us too much to force us to ever say yes. But in the middle of the constant and overwhelming demands of serving in a church, He invites us into two yes statements ? both too good to be true.

Am I really a treasure, worth being purchased by the very life of God? Yes.

And am I really being called to live my life together with the great God of the heavenlies? Yes.

Both yes responses are your call to make. 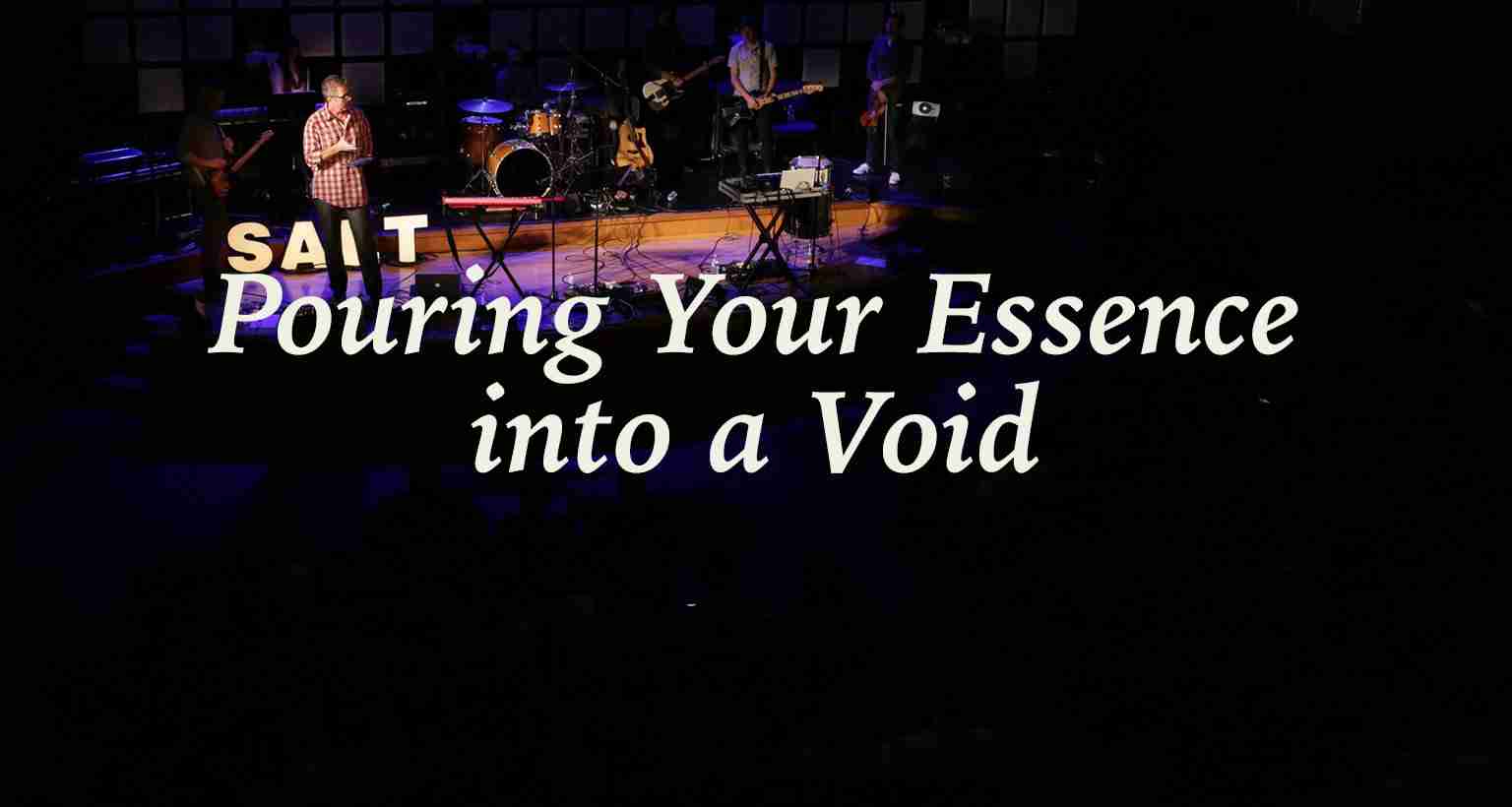 WOW. Never looked at that story in that perspective! Awesome post!

Gary, your posts always speak to me where I am. Thank you. I need to meditate on this truth: God with me.

I love this way of looking at the parable of the Treasure in the Field. A truth that I need to remind myself of every day. Thanks for this.

Just wanted to say that God showed me that story the same as He showed it to you. I preached it back in the spring. Almost called it “My Name is Pearl.” Lol. Awesome to see God confirming a Word all across His church! Be blessed.