Your Best Work Will Come from Iteration 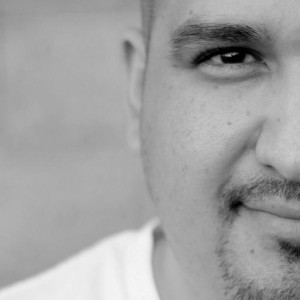 I just finalized an album cover design this week. The artwork turned out great, the client is happy, and I?m proud of where it landed. The design style was minimal. Frankly, it could have been created in a couple of hours. But the process wasn?t that simple. The final piece took about 25+ hours and several dozen variations. It also took scrapping the initial direction and starting fresh.

To begin the project I came up with three initial concepts. Each had a small creative brief along with mood images. Enough information to get a general sense of where the art could potentially go. We all talked, exchanged thoughts, agreed on one direction, and got started.

The next step was taking that concept and putting it to work. I worked through a couple of iterations and sent over three comps.

The initial feedback was ?it looks great, lets keep pushing it?, along with some other detailed feedback on what they liked and didn?t liked about the comps. So I went forward and created several iterations based on that feedback. After two or three rounds it became apparent that the idea we all loved at the beginning just wasn?t working.

The first idea was great, but it wasn?t what was best for the client. The only way we found that out was by fleshing out the idea. In this case, iteration helped weed out what wasn?t working.

Primarily, the best work comes from iterations. I can feel confident about a project when I know I?ve put in the work and spent time exploring different solutions. Don’t get me wrong, there?s a fine line between iteration and blindly creating options for the heck of it. As long as you have a north star?a guiding light in the sky for the project?the overall direction shouldn?t change no matter how many iterations there are. (In extreme cases it might.)

My best work has never come easy. And in most cases, the end product is never the first idea. While some concepts do go quickly from idea to completion, there?s usually some sort of iteration along the way. That?s something I have to remind myself.

It?s easy to get overly romantic with the first idea. But the challenge comes in pushing that idea and even, at times, scrapping it and not being afraid to start over.

So don?t give up! I believe your best work could be just one more iteration away.

Joe is an independent artist and designer based out of Mission, Texas. His passion centers around creating vivid and stunning visuals.
All Posts

Getting the Most Out of Your Social Media Graphics

Joe Cavazos: My One Thing