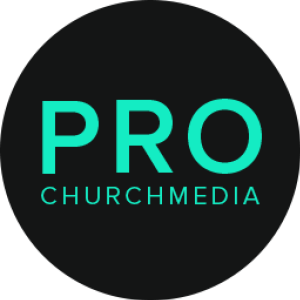 When I was younger, one of my favorite pastimes was to open up a Where?s Waldo book and look through the pictures. On each page, there was usually a chaotic scene stuffed with thousands of people getting into all sorts of situations: laughing, fighting, working, or even getting into trouble. Although there wasn?t a single word written about each scene in the book, the stories contained within were innumerable. I didn?t care much about finding Waldo, but I couldn?t get enough of discovering new worlds.

While Martin Handford (the illustrator behind Where?s Waldo) is a genius at creating elaborate stories with just one illustration, most of us just want to tell one compelling story with a design. We want to capture the essence of movement in still life, a single moment that tells it all.

The classical artists understood this well, and the iconic works that still draw our gaze centuries later tell epic stories filled with unmistakable emotional richness drawn from a moment in time. It is not the obvious mastery of the art or the technical skill, but rather an innate understanding of life and humanity that beckons the viewer to contemplate more deeply and fully.

Hanging in our local art gallery is one of my favorite paintings: The centurion coming to Jesus. This officer of the military, arrayed in all of his pomp and the trappings of duty, kneels before the one he acknowledges as master. In this scene he is attended by servants, holding his arms as if he is crushed under the weight of his concern and the importunity of his request. Woven across his face is an expression that is unmistakable, a look of desperation and absolute dependency, yet with a sense of repose and quiet trust that Jesus can do what he requests with just a word.[quote]The power of any story is not simply in its content, but also in its telling.[/quote]

The power of any story is not simply in its content, but also in its telling. To be able to convey a breadth of emotions or to make plain the depths of human nature is the art of the storyteller, whatever medium it may be.

Designing for story in this sense means that the aesthetics are not created to drive the telling, but are more of a response. If you?ve ever had that moment when the subject and the design just click, you can probably best describe the visuals as having a certain ?fittingness? to the story, as if they somehow just belong together. There are certain clues and cues we can add to our visuals that reveal the story we are trying to tell.

Postcards and brochures may seem like dull mediums in this light, but not every story needs to be grandiose. Story is a trendy word we too often apply to things to make them sound more substantial than they are, but in the end story brings us back to where we began?it?s about telling someone something, and doing so in way that is both impactful and compelling.[quote]Allow yourself to be drawn into the story you are trying to tell, no matter what it might be.[/quote]

Allow yourself to be drawn into the story you are trying to tell, no matter what it might be. Find ways to personally identify with what you are communicating. You don?t need to have a deep emotional connection (and in some cases that would be sheer absurdity), but you should try and find a connection to something inside the story; after all, that will be at least one person for whom the story matters. Then draw on those connections, allowing that familiarity to overflow into visuals. The basics of a good story in a visual is weaving in familiarity and creativity at the same time. A clue to others that this is both a story they?ve always known and yet something new.

By zeroing in on a single aspect of a story, you can build a visual that creates a sense of transcendence. Like the expression of desperation mingled with faith in the face of the centurion, or even the about-to-transpire events in a Where?s Waldo book, your design can bring movement to a moment and allow a new story to unfold.

Megan is a graphic designer, illustrator and photographer who lives in the Kansas City area. She is passionate about creating beautiful visuals and compelling messages for the Christian Community and beyond. Married to the talented deviantmonk (Jason Watson), aunt to the coolest kids on this side of Jupiter, and perpetual pursuer of Christ.
All Posts

The 10 Steps to a Great Design

How You See Yourself as a Designer