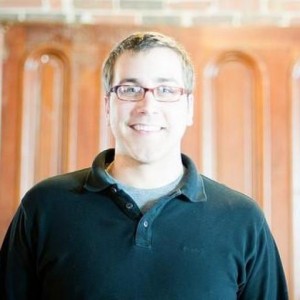 There is a concept that is often debated in evangelical Christianity ? the presence and role of entertainment in our worship services ? specifically in sermons. There have been numerous blog posts, books, and conferences on the topic. With the mega church movement in western culture, it?s a debate I don?t see going away any time soon. Those involved in local church ministry are constantly faced with the presence of entertainment in worship.

There are many well thought out arguments made for and against entertainment’s place in worship settings ? from both church scholars and young entrepreneurial church planters. The most common argument for entertainment in worship settings is that worship services tied to culturally relevant teaching leads to attracting the un-churched, and ultimately leads to transformed hearts. Others say that a focus on entertaining a crowd fosters a consumer-driven mentality that leads to shallow faith. The fear that drives this argument is that creating entertaining worship settings leads to a cheaper Gospel by way of gimmicks ?? more specifically, using the same marketing tactics found in the secular business world that we?re constantly exposed to ? which are designed to attract consumers.

Are we asking the right question?

Of course, the answer always lies somewhere in the middle of both of these arguments. While I believe it?s important to the integrity of our work in the local church to ask these questions and explore the implications of our convictions, I feel we often waste significant energy and attention trying to substantiate our views while we negate those of our brothers and sisters. No matter how deeply we hold our convictions, or how many proof texts we have to support our ideas, too often we?re focused on solving something that doesn’t need to be solved. This is not to suggest the question of entertainment is the wrong question, but rather to suggest there is a better question ask.

Our focus may be better spent on answering the question: how do we effectively communicate the gospel message?

Throughout the scriptures, we see prophets giving dramatic messages of repentance ? Paul at Mars Hill engaging in a public forum, and Stephen preaching with his last breath while being publicly stoned. Jesus taught to intimate friends and thousands of strangers in various settings using parables, props, and stories. Jesus also made good use of social and historical context as He engaged His followers emotionally ? asking them to leave their family, friends, and well being to follow Him.

So how can we communicate a complex message in an accessible way for an audience? This question draws me to a quote I heard recently.

The everything else is just dressing up bit reminds me of the great modern American writer Ernest Hemingway?s style. He was famous for his crisp writing which was the result of his intensive editing. He was known to edit until only the absolutely necessary words remained.

For communicators, there is no better advice.

The tendency can be to dress up the Gospel message in an effort to make it digestible. Be assured, the gospel needs no dressing up. The church’s role is to clearly communicate the redemptive work that has broken into ours and invite others to participate. This can be done, and I would argue is most often done, when communicators infuse humor, emotion, context, and story into their message. And while this may appear to be “watered down” or consumer driven, if the message sticks with the audience and is centered around the gospel, it?s exactly what the local church needs.

Sam writes the blog creativetheology.com, and recently wrote his first book, Creative Theology. He lives in Des Moines, Iowa with his wife and two daughters.
All Posts