There are things that weigh us down, and thing that keep us grounded. When creating authentic art, we must always ask ourselves, "what do I need to cut off, and what keeps me grounded?" 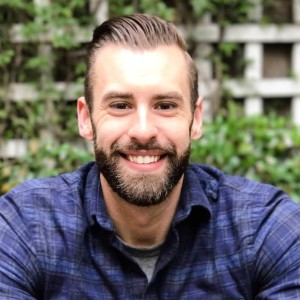 My elementary art teacher and I didn?t enjoy each other?s company. I always felt like she was mad at me, and to be honest, I can?t really remember what I did to make her hate me. I distinctly remember one time when I accidentally dropped my eraser on the floor and she stopped showing us how to make snowmen out of cotton balls to yell at me for playing around in class.

In my defense, the snowman project was incredibly boring.

This project was just fine, outside of one overlooked issue: when banged together, paper balls do not make the sound of a wind chime. Also, I wasn?t a big fan of bright colors. I wanted to paint mine dark.

?Excuse me teacher, but I don?t get this.?

?When you hit these paper balls together, they don?t make any sound. We?re making wind chimes here. They’re supposed to make a sound. And also, these colors are super bright and I?d like to paint mine dark blue and black.?

?Just make the paper balls and paint them pink or yellow.?

At this point, I was a little irritated. ?Why are we even doing this project? They don?t even do what a wind chime is supposed to do. They?re just for decoration. They don?t serve any purpose.?

So, just like any strong-willed second grader would do, I took the situation into my own hands.

After making the paper m?ch? balls, I glued little pieces of metal that were left from a previous project all over the balls so when they hit each other they would make a sound.

I? painted the balls black because I was a little stubborn child who didn?t want yellow paper m?ch? balls. I had essentially made three giant terrifying balls that looked like they were a medieval battle weapon.

I couldn?t have been happier with my creation.

I waited in anticipation as my art teacher went around to each desk, giving praises to everyone?s brightly colored, dull sounding wind chimes. She then proceeded to my desk.

?It?s my wind chime. I decided to make a few adjustments to the??

?Give it to me. You didn?t follow instructions. You get an F and this is going in the trash.?

I was completely devastated. I understood that I didn?t follow the instructions the way I should have, but I firmly believed this was better than what she said to do.

?…you?re going to fail me AND throw away my creation?

I spent the next 30 minutes in tears and in anger as I watched the rest of the class hit their non-chimey wind chimes together outside on the playground.

This 8-year-old was caught in the paradox of the maker: he boldly wanted to pursue the fully creative life that was before him, yet, he had a huge stumbling block in front of him: his art teacher.

I didn?t follow the instructions or the rules, which is why she failed me. I later apologized for my actions and regretted the fact that I didn?t do what was asked. I still don?t understand why she had to throw away my amazing invention in the trash can, but that?s something she?ll have to deal with once Jesus confronts her about it in The Kingdom (I?ve been thinking about that day for 20 years). The point is, I didn?t follow the rules, and rules are there for a reason.

?.rules are there for a reason.

Reason: ?a justification for an action or event processed by logic.?

One thing I have recently learned while finding my inner maker: logic sometimes doesn?t play well with creativity.

And sometimes, once of the things that keep us from making masterpieces is having one too many tools in our tool belt.

Creativity is full of paradoxes; not the least of which is the fact that having absolute creative freedom is often highly uncreative. It?s what has been known as the ?paralysis of choice.? It essentially means, the more options we have, the harder it is to choose anything. In return, we end up creating nothing. When everything is an option, we somehow we find ourselves option-less.

This is why almost every artistic medium develops its own limitations over time.

Poets work within rigidly defined poetic parameters. Painters work within the limited space of their canvas. G. K. Chesterton once said, ?Art consists in limitation. The most beautiful part of every picture is the frame.” Even screenwriters adhere to act structures defined millennia ago.

But at the same time, there?s some of us out there that like the restraint a little too much.

For the next few paragraphs, we?re going to discuss two different types of creatives:

The first is what I called the Wild Makers.

We all know people that I like to call Wild Makers. I guarantee you, you know one of these people. The guy that can play any instrument with ease. The person who can pick up a pencil and draw something incredible with no training.

These creatives are born with extreme, untapped potential. They create when they don?t even mean to. They produce excellence in their sleep. And the rest the creative world is sometimes frustrated with these type of people because they can accomplish in one day what would take us a year.

I know. I hate them too.

While finding and tapping into raw potential is an X-factor in any form of artistry, there?s still one major aspect that many wild makers tend to forget about themselves: wild artistry is still immature and must be nurtured.

Some of the greatest artists in the world are those who have the most scars. The ones who produce, get shot down, and produce more will be the ones that will produce artistic maturity. The maker who simply produces without nurturing his or her artistry is doomed for failure.

However, this is only one side of the coin.

The second type of creative is what I call the Tame Makers. Too many times, I?ve found Wild Makers who dictate what their artistry looks like so much that they lose the daydreamer inside of them.

They put their masterpieces on schedules. They tell their minds when to produce, when to shut off, and when it?s appropriate to create. And sometimes, I?ve seen? Tame Makers manipulate their personalities to a point where they become so complacent that they only produce content because they feel like they have to.

There?s a balance between both of these personalities, and that?s where you can find the Maker who is going to create masterpiece after masterpiece.

Wild Makers: Don?t ever lose your daydreams. However, make sure you are listening to your mentors and those around you who are helping you mature your creative art. Yes, you are a natural born artist, but those who are leading you are refining what you produce. They?re not just there to make you feel bad. Listen to them. Cut out your ego. Anchor yourself in their leadership. You?re not as good as you think you are, and you can create much better quality artistry if you humble yourself enough to take criticism from your leaders.

Keeping our artistry in restraint while keeping our wild inside of us is what can anchor us in creating our masterpieces. But sometimes, there are certain things we need to cut off of our lives as well, and some things we must always hold on to.

Ask yourself these two questions today What/Who keeps me grounded? What/Who do I need to cut off?

Always pursue a life of authenticity. Your life was created to create. And sometimes, that means failing your second grade art class.

This post is an excerpt from Chapter 2: Axes & Anchors from the new book Makers & Monsters, releasing on September 1, 2017.

Josh is an author, songwriter, worship leader and creative entrepreneur living in San Francisco, CA. He is the Worship Pastor at Canvas SF, as well as the Creative Director for TheChurchCollective.com. More than anything, he longs for people to love, know, and create in the image of The Creator. You can follow Josh?s writings at JoshWhite.org.
All Posts

Why Your Unwanted Building is Your Greatest Asset

Are You Creating or Doing Artistic Recycling?

3 replies on “Fail Your Art Class”

This is the biggest load of garbage I have ever read. If you took this load of hot garbage and put in the garbage the garbage would throw up .