The 4 Phases of Handling Conflict the Right Way 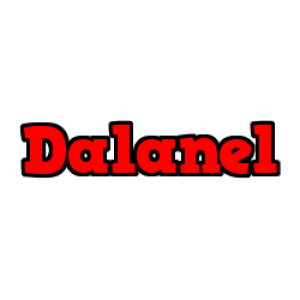 The best of friends have conflicts. We are not perfect, and we will have times of opposing views. We will have times where we hurt each other, unintentionally. It?s a fatal mistake to think conflict will never happen.

If conflict is bound to happen, how should we deal with it? The book of Matthew sets a great standard for handling conflict:

Matthew 18:15-17 (NKJV): Moreover if your brother sins against you, go and tell him his fault between you and him alone. If he hears you, you have gained your brother. But if he will not hear, take with you one or two more, that ?by the mouth of two or three witnesses every word may be established.? And if he refuses to hear them, tell it to the church. But if he refuses even to hear the church, let him be to you like a heathen and a tax collector.

In response to this verse, I created a pledge for my lighting team. We promise to be Kind, Honest, and Respectful of each other. You don?t have to create a pledge for your teams, but make sure everybody knows what type of behavior you expect when conflict occurs. In this article, I will refer to the Pledge. You can look at is as a ?code of conduct? for your team, though.

Keeping this in mind, what are the steps to take when conflict arises? I see four phases in this verse. These are the steps I have given to my team.

Phase One: You and Your ?Brother?

If a team member has wronged you, you need to confront this person using the Pledge. If you are approached, you must also face this conflict keeping the Pledge. Just keep it between the two of you.

Phase Two: Bring in the Witnesses

If you and the team member cannot come to an understanding, it is time to bring a member of team leadership into the conversation. The leader is not meant to take over in addressing the conflict, though it could happen. In keeping with the Bible passage, he or she is present in the form of a witness.

It?s not good that we come this far. At all. Yet, if the team cannot solve this problem within the ranks, it will be time to talk to one of the church leaders. Phase Two and Three are actually basically the same. Phase Two can be viewed as getting a peer involved. In this case, a ministry peer. Phase Three is getting someone in the ?higher court?.

This is the worst part. If after the first three phases don?t work, it will most likely mean removal of the member from the team. This doesn?t mean someone is a bad person. Far from it. There is just something that the departed has to work out.

As the leader of the team, be willing to work with this person as they try to get themselves together. Always leave the door open for a return, although understandably, this may not always be an option ? depending on how things ended.

Let me share with you one example of how my team used this.

One of my teen girls had mentioned a few times to me that she didn?t think one of the teen boys liked her, as a person. I asked her if she talked to him about it. She said she did not. So I took her to phase one.

Here?s the thing: If she didn?t talk to him about it, she was just going to distance herself from him. Meanwhile, he?s wondering why he?s getting a cold shoulder and now his feelings are hurt. We would?ve had a nasty situation on our hands.

But, I encouraged her to talk about it. Address it. Don?t let anything fester in your ministry. It?s too easy to ?let it slide?.

It?s perfectly normal to reach Phase Two. We?ve gotten to Phase Two ourselves plenty of times. It?s going to happen and it?s dangerous to think it won?t. In fact, that same girl said, ?That won?t happen with us,? when I first introduced this plan. She ended up having to use it.

The enemy wants us to keep our guard down so he can get in. Keep your armor on. Wear it at all times to defend the team?s chemistry and harmony.

How do you handle conflict in your ministry?

Dante is the Lighting Designer for Abundant Life Fellowship Church and has started a lighting ministry there in 2012. Outside of lighting, he works on his blog, Dante's Optimism, which strives to bring a positive spin to the world.
All Posts

Why We Need to be more Punctual As Leaders

5 Steps to Training a Second-in-Command