The Most Creative Thing I’ve Ever Seen: Justin Heap 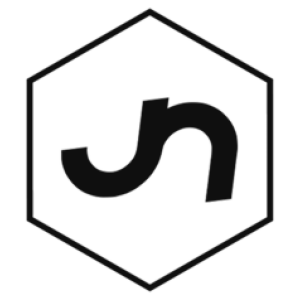 To be creative is one thing; to be creative together is, in many ways, everything. It makes all the difference.

Being creative as a team is so much harder than being creative alone. I?m not just talking about the idea of working together, but the actual logistics, process, and execution of multiple ideas coming together to become a single, credible experience. And nine times out of ten I hear this expressed as, ?Do you remember that one moment when??

That is creative love language at its finest.

One of the most creative teams making anything today has to be MUTEMATH. I want to take you back to ?that one moment when? I knew they were not just a band: they?re a creative team of creative leaders.

That one moment when.

I was standing about fifteen feet from the front of the stage, house left, packed with hundreds of other fans in the Tennessee War Memorial on a warm November night. King Charles just ended his set. The house lights faded up to maybe forty percent, and everyone was waiting.

Five minutes. Ten minutes went by. Some techs came out to much applause. Five more minutes passed. Without expectation, Paul Meany just kind of wandered on stage to hang out by the keys, house lights still up. Then, maybe a minute later, Todd and Roy almost passively picked up their guitar and bass. It was the strangest ?entrance? I?ve seen, and still no Darren King on drums, and still the house lights were way too high for the start of a MUTEMATH show.

I looked six inches in every direction, and everyone was looking at everyone else six inches from them. We were all thinking the same thing, ?What is going on?? Finally, Darren King just casually showed up, waved at someone, and sat down. I expected some music underneath him, or maybe an introduction by Paul. Something. Anything. ?There must be a new guy on lights, too. House lights still up,? I remark.

Now, you have to picture this: no band member was looking at one another. In fact, they weren?t even looking at the audience when Darren put on his phones, proceeded to tape them to his head with what must have been half a roll of gaff tape, and in an instant?one single instant?picked up his sticks and raised his arms. Then the entire band dropped into their opener, full groove, all engaging the audience, house lights dropping down on his first initial crash. It was beyond epic.

That was the one creative moment I still talk about. Why? I believe, in part, it was the culmination of two elements working in tandem: surprise and delight.

See, if only surprising, then it might have only been alarming, bizarre, or a nuisance; if only delightful, then it could have been forgettable as just another thing that was, in the end, ?pretty neat.? Both, by the way, can still be accessible on their own; but, when used together, the transmission of something new, profound, and memorable is more likely to take place.

The most intriguing of creative teams leave behind the predictable for something surprisingly curious. It?s not so much a new ?show-stopper? they?re after as much as it is a moment that catches us off guard and leaves us in wonder. That?s what, in part, I think humanity is pursuing together: wonder. That is delightful.

So, that may be why it stuck with me. But what can the local church learn from this crazy good MUTEMATH opener as we seek surprise and delight?

This is how the magic happens.

The MUTEMATH opener was the culmination of multiple creative leaders surrendering a lot of ideas over time. Every part of that equation is important. Let?s take a look at a few observations we can learn from.

1. We cannot create well by ourselves.

We must abandon the solo expeditions and embrace a nomadic, caravan journey into better, together.

Most local churches either don?t share well or don?t ask for help well. Austin Kleon makes it clear that the best artists are those who steal/share/show their work often and well. So it should be with creative leaders inside the church, too. The best creatives are creative teams.

It wasn?t just multiple people, but at some point in time, there was a room, and in that room there were multiple creative leaders invited by decision.

2. We must surrender our ideas.

Everyone in that room surrendered their ideas. Surrendering ideas means that you offer them up and you let them go.

3. The best ideas come to life over time.

Time is relative, naturally. But, the best ideas come to life when multiplied over time working together. It could be that you hunker down in a cottage for half a day, or maybe your team needs that midweek retreat, but you need to be in the habit of spending time together, over time.

And be encouraged, multiple one-hour meetings in a week is not what we?re talking about. Time well spent is time knowing one another, creating together, and playing together. You will reap the best ideas as a result of having sown ordinary conversations day in and day out with the people you love to work with.

What will your next moment be?

Creative leaders place themselves in creative teams, surrender their ideas, and make a habit of spending time together as they pursue surprise and delight. This will, at the very least, give all of us the best chance to experience your team?s next ?creative moment when??

And when that happens?and it will happen?be sure to share with the rest of us, because we?re all in this together.

Justin is a speaker, designer, writer, and futurist who specializes in creatively making things happen. He's a pastor known for his love of people and passion for identity. You can find him online at About.me/JustinPHeap.
All Posts