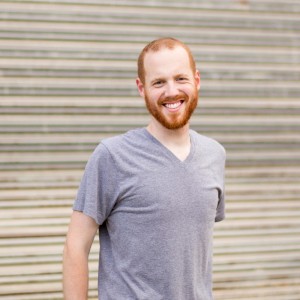 Perhaps you have a paid staff team, or a group of volunteers, or maybe even both. It?s such a privilege to have people following you! But it needs to be treated that way.

In the many years I?ve spent in church ministry as both a leader and a follower, I have worked alongside individuals who function like managers and those who act like leaders. It?s a very fine line between the two, but it?s a pattern that I?ve noticed over and over again. As the distinction has become clearer in my mind, I?ve come to understand that I?d rather be a leader than a manager. Here?s why?

It?s really fun to follow someone who is always talking a big game, who has big ideas and an even bigger personality. But often all that boils down to is hype. Leaders communicate with heart. They are genuine, and their communication reflects that authenticity. They don?t rely on big promises and dreams to reel you in or convince you to come to their side. You see their heart in how they speak.[quote]Leaders communicate with heart.[/quote]

Managers assume their teams know what needs to be done. They bank on common sense. They figure their body language or off-hand comments communicate how they are feeling in a situation. But leaders step up and set expectations for their teams. They say what they are thinking at the time it needs to be said, even when it?s hard. They don?t shy away from conflict. They don?t leave anything to chance.

When managers show up, they are there to get the work done. They know the task, and they complete it. They expect the same from their teams. Leaders go above and beyond. They take those tasks a step further. They push the envelope a little more. They don?t settle for just finishing a job. They want to do just a little more than what?s necessary.

Managers get it done alone. Leaders ask for help.

Oftentimes managers see it as easier to work alone and accomplish tasks by themselves. It?s less hassle, and they know they can control the outcome. This can quickly lead to burnout and feelings of being overwhelmed. Leaders know when to ask for help. They know they can?t be successful alone. They delegate. They fight to include others in the process, even when it?s not always the easiest solution in the short-term.

Now, here?s the thing? Managers aren?t bad people. They exist everywhere. And they?re trying! They work hard. They are often even pretty effective. But are they the absolute best people to follow? Not usually. Leaders are.

So take a step toward being a leader today. Become a better leader as your move further and further away from just managing the people who follow you.

David Clark lives in Bloomington, Indiana where he works as a Copywriter at James & Matthew, an advertising agency. He is passionate about creativity, social media, running, and Chipotle.
All Posts

Why Social Media Matters So Much for the Church

The 2 Best Uses of Social Media for Your Church

Qualities of an Effective Meeting

How I Wish Someone Would Lead Me