One Thing You Can Change Now to Avoid Boring Communication

If you?re struggling with boring communication and you can?t pinpoint the cause, start here. Start by connecting personally with your audience. Let the rest fall into place. 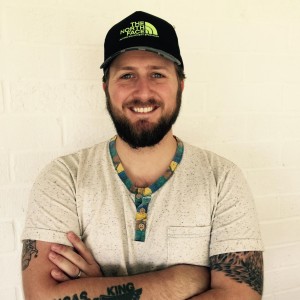 I was helping a business owner with his blog recently. Let?s call him Phil. We had a simple goal: help Phil write in a way that made people want to read. It wasn?t the topic that bored his readers. It was his writing.

After looking at a few samples, I identified some mistakes Phil continued to make that would be easy to fix. I called him on the phone to discuss those issues and quickly realized that his writing woes were a symptom of a deeper issue.

As we spoke, Phil rambled, spoke passively about issues as if he wasn?t to blame for his troubles, used inside-language I didn?t understand, and completely lacked conviction about the topic at hand. As you?d guess, I was bored just talking to the guy!

People who are poor communicators in one area are often ineffective at communicating in other areas. They?re not only boring speakers, but they?re boring writers, too. The same applies to great communicators.

So, spending time improving one area of communication will generally help you communicate better in other ways, too. If you can succinctly and compellingly speak on a topic, you?ll be able to write well about it, too. If you can write an article people can?t stop reading, you should be able to talk about, too (barring things like stage fright).

While Phil had several issues in the way he communicated, I identified one improvement he could make to help fix several issues at once. It wasn?t energy or dynamism or better preparation. I gave him one plain piece of advice.

Want to know what advice I gave him?

Imagine yourself speaking or writing to a single, specific person.

Phil wrote and spoke like he was presenting an argument to a congressional panel on CSPAN. He acted like there was no one listening or paying attention. He talked in general terms, never connected with his audience, and never connected his ideas with real things or challenges.

The result was predictable and unpleasant.

One of my favorite communicators is Tony Robbins. When I was kid, my mom had the entire Personal Power series on VHS.

If you don?t know who Tony Robbins is, he?s the guy with the ?banana hands? in Shallow Hal (he has massive hands). He?s also the most successful motivational speaker of all time.

Ignore the charisma and confidence and the not-so-great advice for a moment. What you see is a 1-on-1 conversation between Tony and a huge crowd. Tony is the king of speaking to huge crowds while making each person feel like they?re in a room alone with him.

He uses words like ?you? and ?me?. He uses active voice. He uses simple past or present tense. Every sentence sounds like something you?d say while sitting in your friend?s living room trying to convince them to switch to a better job or ditch the deadbeat boyfriend.

Why does it work? Because it?s personal!

What?s more, people hate being talked over or talked at.

Have you ever sat through a sermon where the preacher either looked at his notes the whole time or stared at some spot in the back of the room? I know I have. Those preachers are usually eye-wateringly boring.

I want to scream, ?I?m down here, dude! Look at me while you?re talking to me!? (Oddly enough, I say that to my kids all the time.)

I?ve sat under my brother-in-law?s preaching since he and I were just friends at Bible college. Back then, we?d travel to cities around the southeast and he?d preach at Disciple Now weekends or Fifth Quarter events.

He was young and very rough around the edges. One of his main challenges was connecting with a group or audience on a personal level. He?d spend most of his sermon looking at his notes. To make matters worse, he was hesitant to address the audience directly. Instead, he only spoke in platitudes, truisms, and high-level truths.

Now, 13 years later, he?s a great communicator and he?s still my pastor. The turnaround came when he started speaking to the same group of people every week. He grew comfortable with his church and learned how to connect personally.

Phil?s problem was that he surrendered to his dominant personality trait: introversion. Since he was naturally less social, he let himself treat communication as a non-social task. He viewed it as a means to an end, a tool to transfer information.

But he was dead wrong. Communication is 100% social. Whether you?re speaking or writing, in front of a crowd or a keyboard, your message is a boat riding on a river of human connection. (Ya like that metaphor?)

If you?re struggling with boring communication and you can?t pinpoint the cause, start here. Start by connecting personally with your audience. Let the rest fall into place.

We even added a special feature to TrainedUp because we believe that communication should be personal. You can now record videos with your webcam directly into your TrainedUp courses so that training your volunteers and leaders is more human and authentic. Want to learn more? Get an immediate 10-minute demo of all you can do with TrainedUp.

Scott Magdalein is the Founder and CEO of TrainedUp. Scott wakes up every morning with one question on his mind: what do ministry leaders need to be effective and build healthy ministries? Scott leads TrainedUp with 13 years of ministry experience and over a decade of technology leadership. He?s also a husband and father and loves dogs and boats.
All Posts