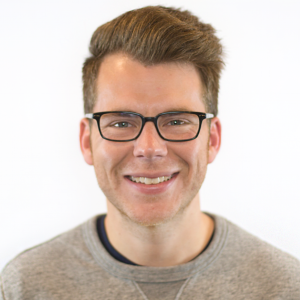 If smart phones have taught us anything, it?s that ?more? is always possible. It?s getting harder and harder to completely disengage from work and unplug from people requesting increased production.

Many of us in the emerging generation told ourselves we would never be like the workaholics we?ve seen come before us. But with a few years of real world experience under my belt, those decisions are much harder for me than I realized. I love my wife and treasure time with her, but sometimes it?s impossible to not finish that work project. Sometimes we have to keep an eye on email late at night and on the weekends.

Our culture always pushes for more?and not just in the workplace. Remember when Michael Jordan retired from basketball?again?in the late 90s? Sometime after his last game, the voices in his head reminded him he was the best player to ever play the game. Even at his older age, Michael still felt he had plenty left in his tank. He could have called it quits at the peak of his sports and cultural achievement. Instead he listened to the voices, and he played for the Washington Wizards.

It didn?t go so well.

In the fields of math and science, we learn the process of creating something new requires a transfer of energy. You can?t make something from nothing. Even if you?re simply coming up with an idea, that thing came from somewhere. Some of you is released with every new idea and project you create. At some point we have to refill and refuel if we hope to maintain our sanity and our creativity.

So why do we keep pushing forward and starve ourselves of rest? Why is it so hard to turn the phone off and simply exist without distractions? Why is ?more? such an addicting idea?

Deep down, more makes us feel valuable. Anyone can do a normal amount of work. We want to be more. It probably isn?t even a conscious decision, but we fear that living a ?normal? life isn?t good enough. If we don?t do more, we could be replaced. Someone else out there could be better. It hurts to admit it, but part of our identity and pride stem from our ability to do multiple things well. If we can?t handle more, it means we are less.

But that?s not the truth. Jesus looks at me and tells me I?m enough.

Take it easy. Breathe. Turn off the phone.

I wonder if Jesus ever struggled with this ?more? addiction. He frequently went away to rest by Himself, but He could have used that time to heal more people. He could have traveled further distances to tell His story to new regions. He didn?t run out of miracles. There was more water to walk on and other parties that could use more beverages. Do you think he ever struggled with guilt over not doing more?

But we clearly see that Jesus recognized His humanity demanded rest. Being God Himself, He probably could have tapped into an energy source we don?t have. But He didn?t. He rested to give us an example.

So how do you actually do it? How do we rest more? And more less? How do you say no when so many people seem to need a yes? I think there are two things we need to consider.[quote]A?lack of rest and rejuvenation results in lower quality work.[/quote]

First, remember that a lack of rest and rejuvenation results in lower quality work. If your body is tired and your mind is constantly running on empty, you?ll be more likely to recycle old ideas or settle for less than your best. When you?re always juggling, your employer, your family, and even your God get the second rate version of you. Be brave enough to say no in order to give your best yes to the things that matter.

Second, take some time to really think about what is causing a lack of balance in your life. Do you really have too much on your plate, or are you putting unrealistic and unnecessary pressure on yourself? Or both? You might decide you have to make some really tough decisions and find something to quit. Maybe there are things you can (and should) delegate that you don?t want to let go of. Or maybe you come to the even harder realization that your stress and busyness are really self-imposed, and you need to teach yourself to relax.

We need to do our jobs well. As Christians, we can?t be known as slackers unwilling to finish the job. But, we also can?t run ourselves into the ground. More is not always better. Listen to the voice of the One who knit you together:

?Come to me, all you who are weary and burdened, and I will give you rest. Take my yoke upon you and learn from me, for I am gentle and humble in heart, and you will find rest for your souls.?

Those words are refreshing, aren?t they? Put down the phone. There?s no need to keep striving for more and more. Take some time to just be. Make a conscious effort to learn from Jesus and find rest for your soul.

Matt serves as the Creative Media Director at First MB Church in Wichita, Kansas. He is also an expert on all things Mountain Dew and superheroes. Follow him on Twitter at @MattEhresman or connect at about.me/mattehresman.
All Posts

2 replies on “The Performance Trap”

I hve watch church people exhuast themselves running, 2,3 services a day. I was almost convinced that my love and faitfulness to God was measured by the amount of energy consumed. Nevertheless, athough more was being done, less transformation was being made in people lives. It was then I realized, it wasn’t about how much more… you do, it’s about the sincerity behind what you. I am remindrd through the scriptures” unless the lord builds the house, he that labors , labors in vain

I believe that often we don’t have a choice to do “less”. If a Pastor wants to do 3-4 services a day… saying no to that almost seems negative.

I work at a mini-mega church. I have much higher output quantity & quality wise than my peers (I seem to fit more in the day). I am not seeking promotion but I do want to go home knowing I did my job to the best of my abilities.

Upper mgmt says/twists statements such as “Gods grace will cover it” & my favorite “part of being a good leader is maintaining areas you have been blessed with while absorbing responsibilities of new ones & thriving in the tension of that”. 🙁

With unrealistic workloads I am sure as staff on a church many of us get the “implication” from those we trust as mentors & shepherds that “love and faithfulness to God was measured by the amount of energy consumed”.

But I am CERTAIN now more so than ever- no workload for God (even in his house) can replace an intentional relationship (time set aside for & WITH God).

I am always curious how “over extended” other church staff is.