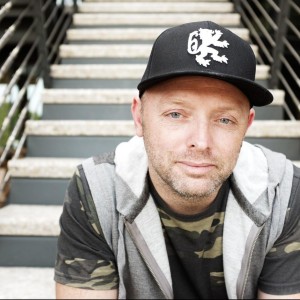 As you create, you have two choices: action or reaction. Do you come up with brand new ideas, or do you recreate the ideas of others? Neither is inherently bad, but both require different approaches.

Ecclesiastes 1 states that there is nothing new under the sun. I wrestle with this concept. As a creative person, I don?t want to believe this can be true. There has to be something out there that has not been done yet. There have to be ideas that have not been thought and concepts that have yet to be executed.

I struggle with this verse because I believe the Bible. But I also believe that God is the ultimate Creator and that He created us to create. We were made in His image. So we can create new things.

Regardless of how we cut it, we are either creating something new or we are going to imitate something that has already been created. Again, neither is more correct than the other, but there are unique spins on both approaches.

Once we have answered these questions, we have to vet the idea a little further.

The ability to make an idea connect and to be relevant requires vision, inspiration, and a heaping load of intentionality. Then it requires courage to follow our intuition.

A few weeks ago, we wanted to do something new. We knew it would stretch our team and we would risk failure. Before we even started creating, we sat down a group of people and explained why we needed to do this and got their buy-in. We executed the idea?and it failed. One of the wins hidden in this failure was the fact that we had everyone on the same page take the chance together and leveraging the risk for the reward as a team.

Some of us don?t live in environments where risk is rewarded, so the best we can do to move creative momentum forward is to remix ideas we have seen elsewhere. There are a few things that are vital to this approach to creating successful as well:[quote]Don?t just copy what is being done.[/quote]

You will build and spend equity over time so make sure you have enough ?chips? to cash in on each idea so you don?t put yourself, your church, or your team in a situation that compromises momentum and what God is doing in your community.

Creative Arts Pastor at Cross Point Community Church. Passionate about creativity, leadership, church and how those live together. Dad and husband.
All Posts

Why Creativity Matters in the Church

3 Steps to Growing Your Creative Team

The Two Buttons of Creativity

How to Know If an Idea’s Good or Crazy