There?s something unique about Instagram. When it first came on the scene in 2010, it was the first social media platform that forced you to use a mobile device, and even today, it?s primarily image-based. Fewer words, more pictures.

Today, over 75 million people use Instagram on a daily basis. It started a revolution in social media?images are powerful. They entered a space primarily dominated by micro blogs and short text-based status updates and quickly showed that images are what people want.

Social Bakers even did a study that shows 93% of the most engaging posts on Facebook are pictures. No wonder Facebook invested so much in Instagram. It was the backbone of getting people engaged socially.

Why is it that images speak so loudly to people?

What is it about art and media that invite people into a conversation?

SALT, originally the visual worship conference (now it?s the Creative Arts Conference to include all artistic expressions), needed to use visuals to speak since it was in our name. So we hired designer Jacob Blaze to help us build a brand around this concept.

Creating a logo for SALT was tough. We didn?t want a salt shaker, but wanted something that had some depth and meaning, while being a tad abstract like a lot of art.

The logo consists of four separate trapezoids which represent our four core values: excellence, uniqueness, collaborative, and contagious. As these four core values overlap, they create a double hexagon, representing a salt crystal at its smallest and simplest form.

In the region that has an overlap, there is a subtle ?s? shape that some may or may not see. This is to represent for us that when these four core principles are in place during a service or worship environment, we can make a tremendous impact and add the right amount of SALT to our atmosphere. 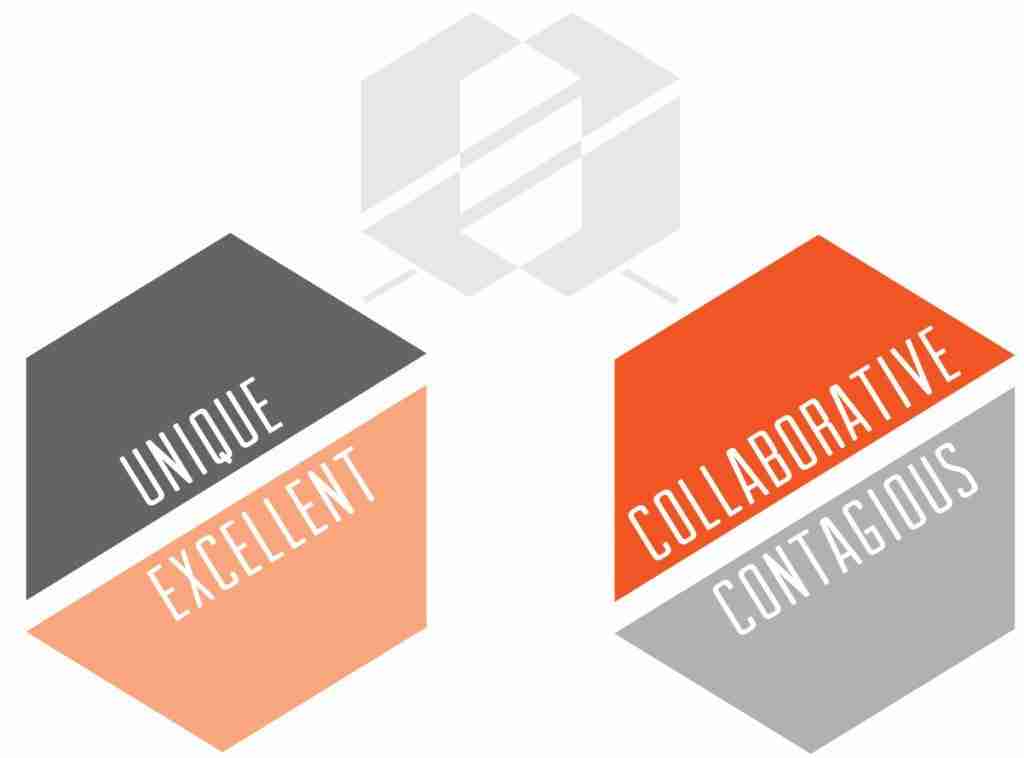 Not only did we put time and energy to communicate our core values through our logo, but we had Jacob build out a series of icons for all our workshop tracks. When we used these at the actual conference, we never put the words under the icons. We let the icons speak for us.

In 2014 our theme was the book of Nehemiah, and our core message was focused on rebuilding the creative walls of the church. Since the story of Nehemiah was a wall, we wanted to know how we could take this idea one step further. We didn?t want our imagery to be a wall, just like we didn?t want our conference logo to be a salt shaker. It?s too literal.

So with the help of our designer Jacob, we spent a considerable amount of time in prayer and research thinking how to connect Nehemiah?s laying brick by brick into the SALT brand. Eventually we landed on a concept: hand crafted.

We wanted to use chalk boards as our base, because of it?s authenticity and it?s rough, but real texture. We coupled it with a stamp look to represent the idea of ?quality approved? for anything that is hand made. With these two concepts, we tried to allow these ideas to manifest themselves in as many places as possible on site at the conference.

We tried to manifest this idea in almost every area of the conference. Our conference booklet had the feel of a chalkboard. Our main screen with lyrics in the main sessions was made out of a rough muslin instead of standard screen material. Our opening experience started with an artist drawing on an overhead projector. In one main session we had an actual artist paint onstage while he told his story. Our classrooms had tangible chalkboards with hand drawn icons. And our lobby had a beautiful wall of chalk boards with popular quotes from social media, being illustrated by a team of chalk artists throughout the week.

We may not have had a wall made from brick and stone like Nehemiah built, but everything had a rustic sense of hand made. 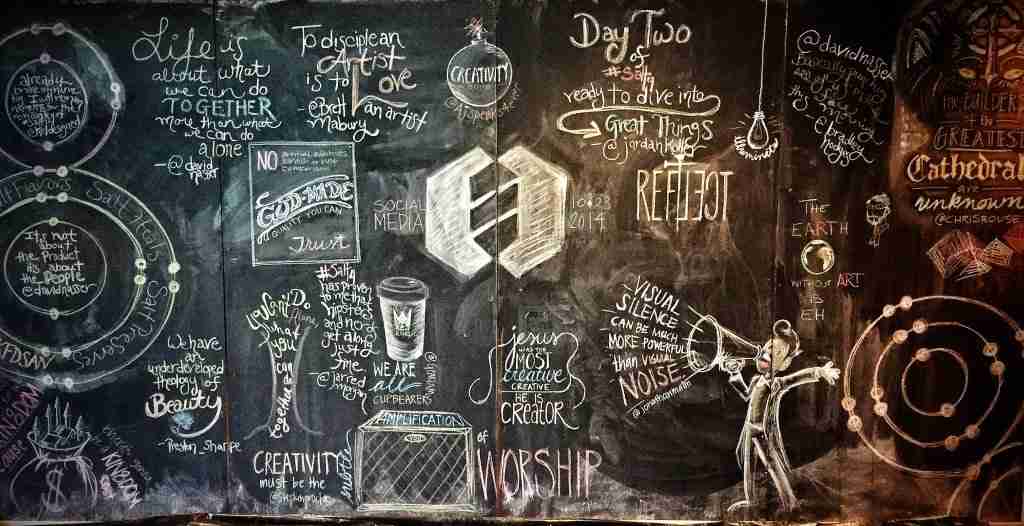 No matter what your theme or series is, how can you use more pictures than words to communicate the style and feel of a teaching series? Knowing the power images have in our culture, it?s vital that we allow pictures and icons to help craft our messages.

Art, media, creativity, and pictures can allow us to not just see something or learn something, but it can also help us feel something. I?m worried that we?ve all heard ?an image is worth a thousand words? so much that we just assume that will happen without having to work on it.

Stop designing for the mere sake of information and instead design in a way that connects people with a message in a deeply profound manner.

Let’s stop being so literal with our art, images, and media that we?re not communicating anything, and instead cause an environment that pushes us to think deeper and expand our creative intelligence.

Visionary of SALT Conferences and founder of Orange Thread Media, the parent company to Orange Thread Live Events and TripleWide Media. Author of several books including most recently released Creative Potential: Principles for Unleashing Your God-Given Calling, Luke was hailed as one of the “top innovators for worship” by Worship Leader Magazine. Luke’s leadership has helped create powerful live environments for thousands around the world. He is proud to call Nashville, TN home.
All Posts 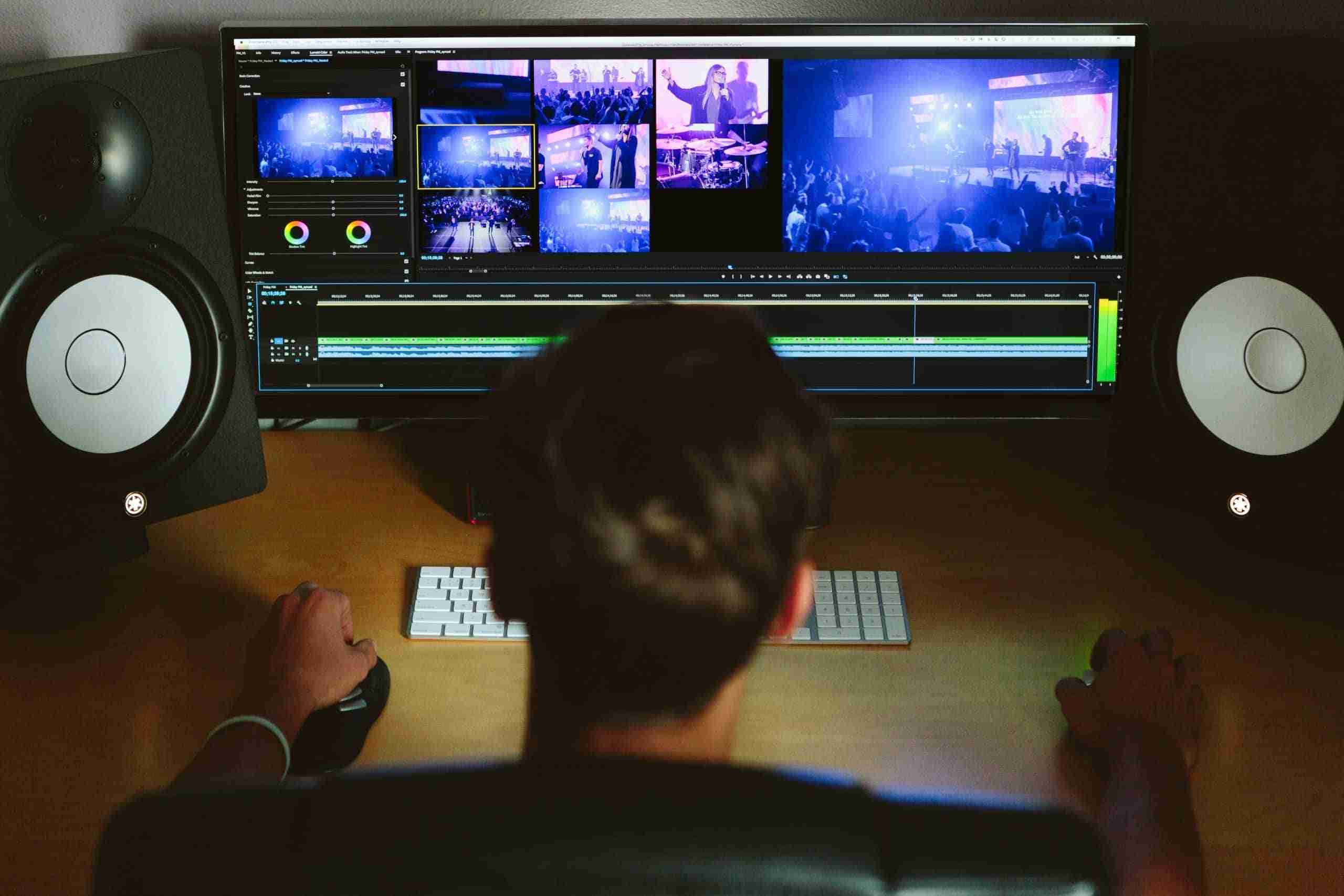 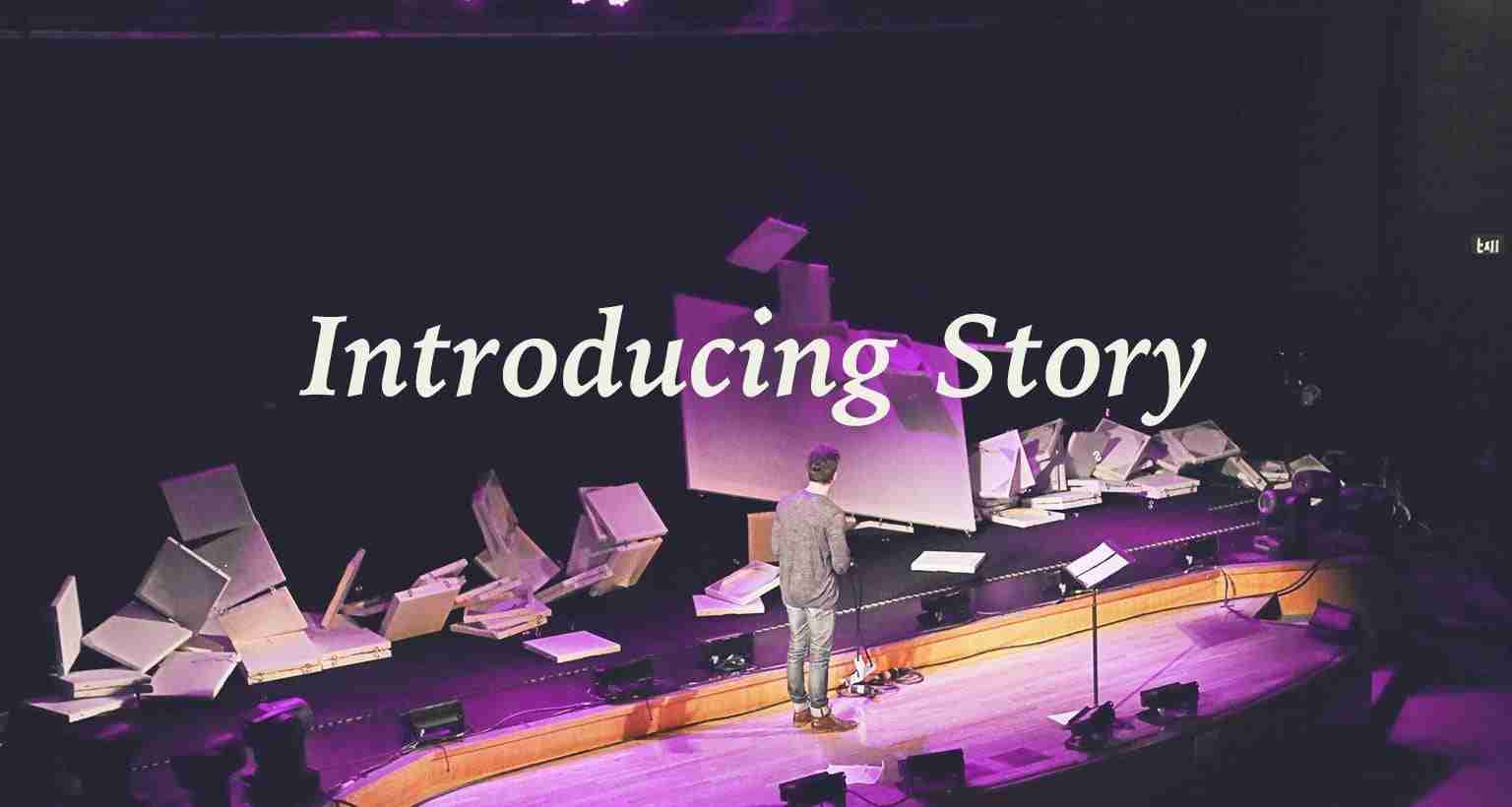 An Intro to Visual Worship

Connect with the Now