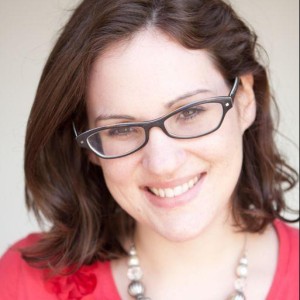 The Chicago landscape is scattered with few vibrant churches committed to transformation of both hearts and society; usually one value is compromised on behalf of the other. When an urban church gets the formula right, it makes a huge impact on not only the lives of its members, but on the lives of those who have never been inside its walls or encountered the love of a savior.

Chicago?s Soul City Church, co-pastored by husband and wife team Jarrett and Jeanne Stevens, is deeply committed to the transforming power of Christ and the tangible expressions of God?s love and presence in their neighborhood and throughout Chicago. And it?s clear that people are hungry for God?s presence. After only a year, Soul City has gone from one service a week to now adding a third service, due to exploding attendance.

Located in the West Loop, Soul City?s mission field is vast: there are 164,000 people in the tight one-mile radius surrounding the church, an overwhelming number, perhaps, but one also filled with possibility. As Soul City celebrates its one-year anniversary, Jeanne and Jarrett, along with their leadership team, are even more excited about what God will do next. Jeanne says this past year has taught Soul City?s leaders to dream bigger as they fervently and boldly pray, “As it is in heaven, may it be in Chicago.”

A Tale of Two Cities

This spirit of openness has fueled Soul City from the beginning. In 2009, Jarrett and Jeanne were still living in Atlanta, ministering at North Point Church. But God was moving?and stirring in Jeanne and Jarrett?s hearts?in big ways. ?We wanted to minister to people who had been left behind by the church,? says Jarrett. While they loved the city of Atlanta, the Lord made it clear that this call to urban ministry meant moving back to their homeland of Chicago.

While they prayed for this work?whatever it might look like?and prepared to move their family to Chicago in the summer of 2010, Jarrett and Jeanne?s vision captivated the hearts of those who heard about it. One of these people was Houston Clark, co-founder of Clark, a company dedicated to helping churches find facility and technology solutions.

Clark says, ?Jeanne and Jarrett wanted to start a church that was more than a church?something that was open to the community all week long. They said, ?We?re going to invest in this local neighborhood.? That hugely resonates with me. It?s a great model for what the church of the future needs to look like.? Since hearing about their initial vision, Clark, along with Matt Samuelson from the same company, have become great friends, champions, and consultants for Soul City, deeply invested?from Atlanta?in the kingdom work Soul City is doing in Chicago.

Amy Lawlor was another person who quickly jumped aboard the Soul City bus, deciding to ride it all the way from Atlanta to Chicago. Now she serves as Soul City?s Director of Operations. She loved the vision of Soul City being ?for the city and with the city, seven days a week, instead of just a place people go on Sundays.?

Beyond a Pipe Dream

From its infant stages, Soul City leaders saw God working in tangible ways. One of the most profound miracles they witnessed was their building. In any city, the search for space to rent or own can be frustrating and expensive. Chicago is no exception.

During a trip to Chicago while they were still living in Atlanta, Jeanne and Jarrett had the opportunity to look at a warehouse that a friend of a friend had recently purchased. Later that day, they ?had a strong spiritual prompting to go pray for the space and ask God for the building,? Jeanne says. ?It was a pipe dream?beyond a pipe dream! It was a fish and loaves situation. We didn?t have any resources.? Fortunately, a lack of resources has never stopped God before. The building?s owner was moved by Soul City?s vision and gave them space?which was the very best space for a sanctuary?rent-free for two years.

It?s generosity like this that has marked the Soul City story from the beginning and continues to be a significant part of their ethos. It is a church built?literally?by its members, which Matt Samuelson calls ?the most radical volunteer effort I?ve ever seen.? For months before and after Soul City launched, volunteers donated hundreds of hours on ?work and worship? Sundays, transforming the warehouse into a vibrant space for worship, fellowship, and openness to their community. 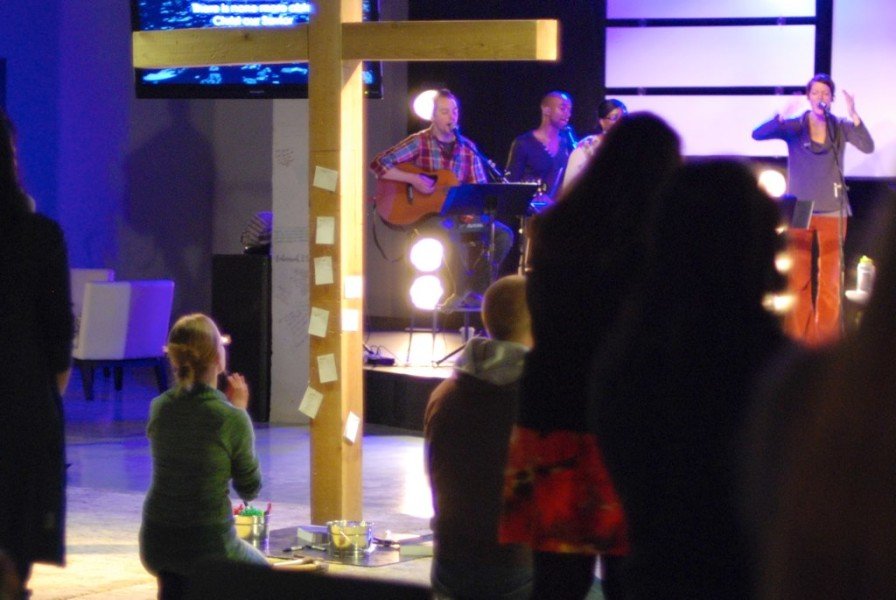 Soul City also received prayer, encouragement, and tangible resource from outside its walls?and outside of Chicago. One special connection is the one between Soul City and Clark. Matt Samuelson and Houston Clark met Jarrett and Jeanne only shortly before they moved to Chicago, but they quickly became excited about the vision. Because, as Houston Clark says, they ?deeply valued the ministry Soul City was doing,? Clark, as a company, committed to help the church in any ways they could: prayer, encouragement, help with facility planning, or tangible resources, like audio and lighting gear.

Jarrett calls this friendship with Houston Clark and Matt Samuelson a ?partnership of wisdom, presence, and support.? Samuelson says the feeling goes both ways: ?For us, it was incredibly fulfilling. We?re really humbled by the awesome space that Soul City has created. I wish that every church could catch the fire to accomplish what Soul City did, to work within the provisions God has given them.? 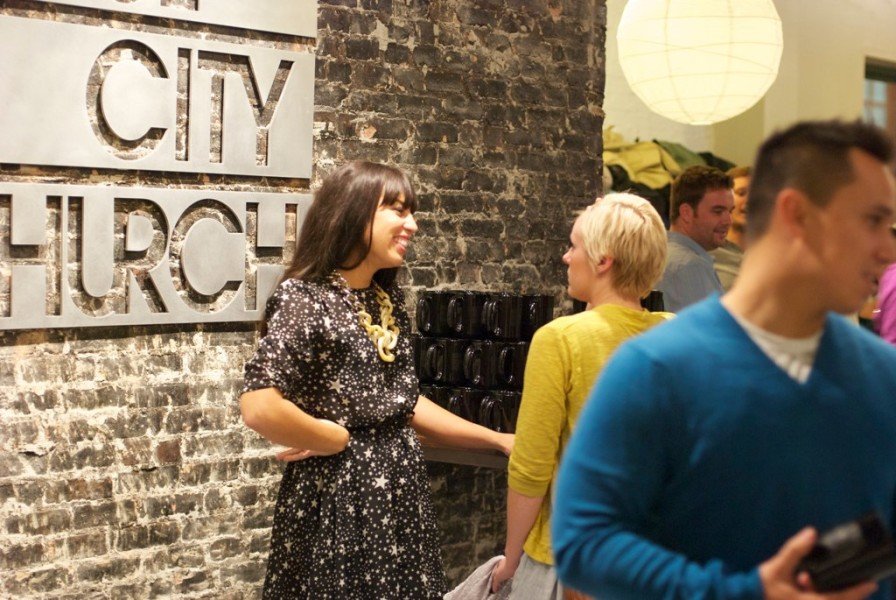 Seven Is Better than One

As they?ve received from the Lord and from the generosity of others, Soul City is also able to give in incredible ways?in worship, in formation, and in community and neighborhood development. The Soul City culture is captured by the motto ?seven is better than one.? In other words, Christians are called to be the church as much on Thursday as they are on Sunday.

One way that Soul City embodies this mantra is through engagement in their local West Loop neighborhood. Jarrett says Soul City leadership team is constantly asking themselves, ?How can we be a gift to this city and a gift, a partner, a support to this city, and this neighborhood in particular?? And often, being a community support often means being present without being dominating, or having an agenda. Amy Lawlor puts it like this: ?Instead of recreating the wheel, we?re partnering with organizations who are already doing things in the community.?

In addition to a number of events they?ve organized for their neighborhood, Soul City partners with Brown Elementary, a struggling school on Chicago?s ?probation? list. They?ve started a reading program, resourced a lounge where parents of students can come look for jobs on computers, and organized a Christmas store where families can purchase discounted gifts and practical items like coats, hats, and gloves for Chicago?s harsh winters. Soul City leaders are also committed to giving 53% of their 2011 year-end finances to Brown Elementary.

?We?re learning as much as we?re offering. Probably more.? says Jarrett. Jeanne adds that this past year has ?allowed us to see a whole new aspect of God. When starting from nothing, everything that comes your way is a miracle.? Because of the miracles they?ve witnessed this year, Soul City?s leaders have ultimately learned how to pray bolder, scarier prayers?for their church and for their city. ?Had we know how much God was going to move [this past year],? says Jarrett, ?we would have prayed bigger prayers a year ago. Let?s not pray small prayers. Let?s pray huge prayers and expect from God what he is more than able to do.?

Bonnie McMaken is a freelance writer and editor, worship leader, and songwriter who lives in Chicago with her husband, Trevor, and their two young children.
All Posts