The pastor of Champions Centre, Kevin Gerald, is adamant about having the cross on stage for Easter. It has to be the focus. So that presents a unique challenge each year to the creative team. They want each year to be special and eye-catching.

For Easter 2013, they created a cross out of box trussing. They rigged it on motors so it would?come down from the ceiling during one of the worship songs. 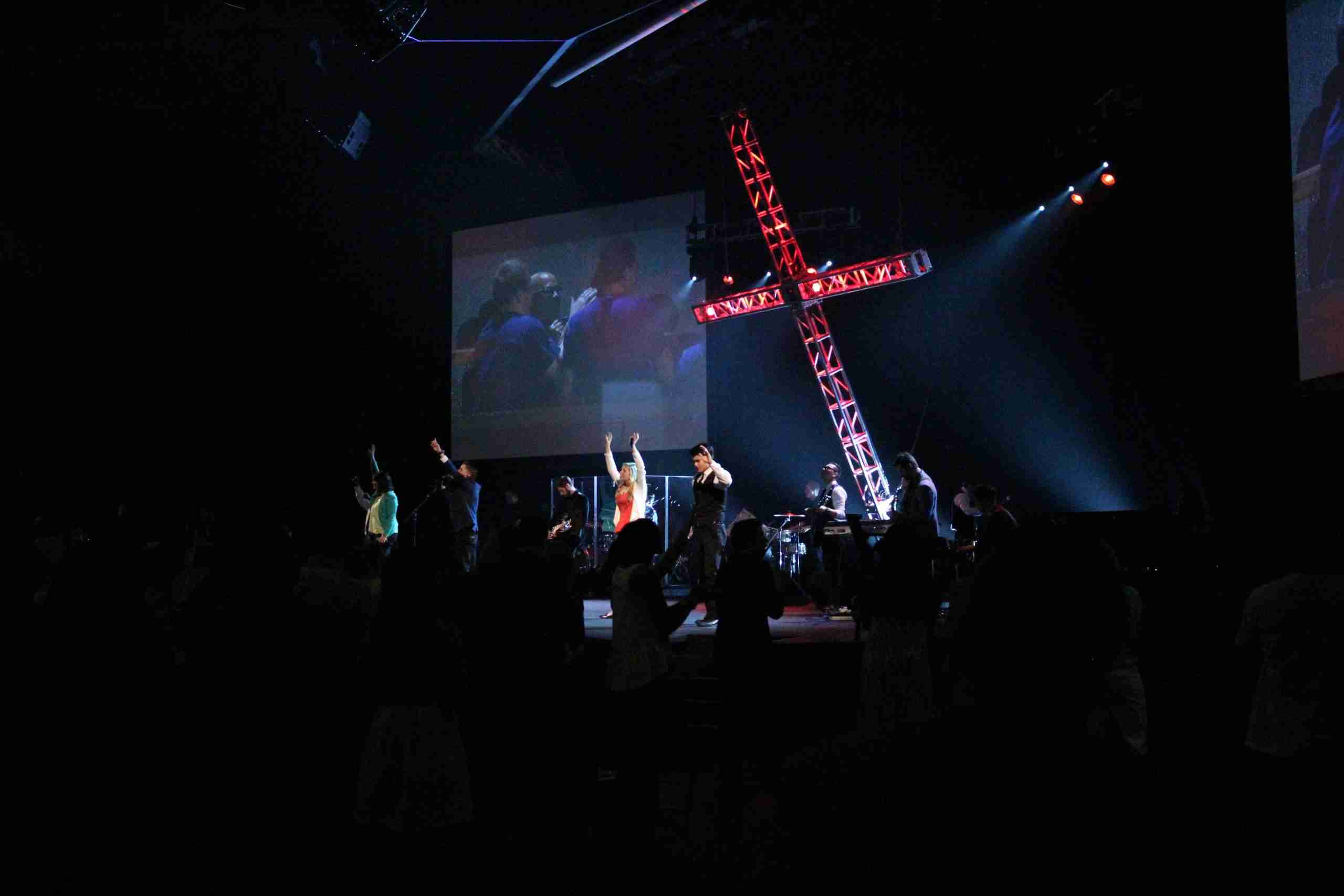 The next year, they created a structurally hollow cross out of plywood.? They held it together with airplane wire and heavy iron on the corners. This helped keep the cross from collapsing in on itself. 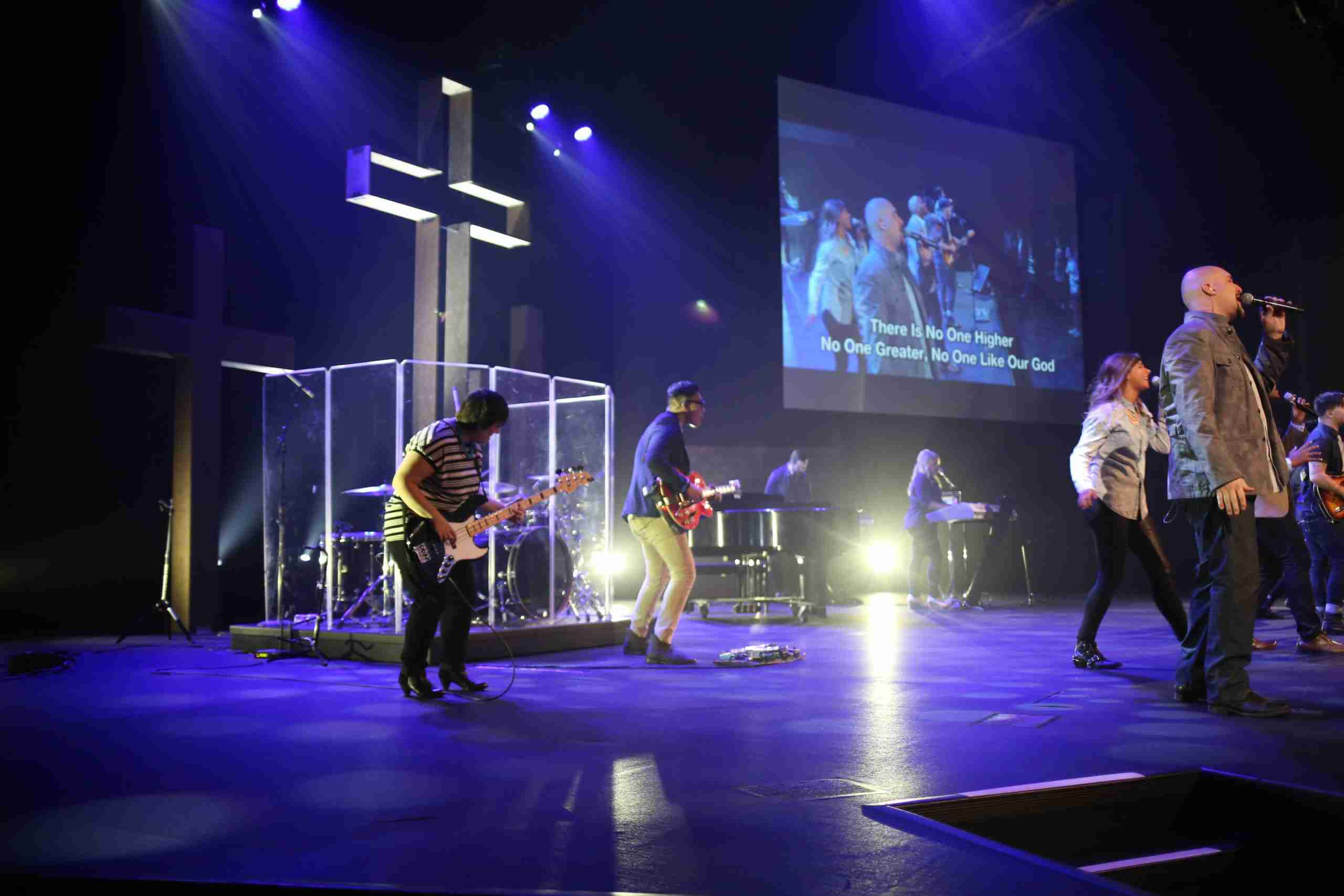 In 2015, they repurposed the hollow cross for their projection mapping. Thus, the cross was the same 15-foot tall design. They simply wrapped it in scrim ? Sharktooth scrim purchased from Rose Brand. They cut the scrim an inch short, pulled it tight around the cross, and stapled it there. Then they used stair nosing to create cleaner seems on the back and used screws to put it all together.

Although Champions Centre is a pretty large church, they didn?t really budget much to make this happen. They wanted to do this as inexpensively as possible. This caused them to use short-throw, inexpensive projectors for the visuals. It kept them from having to fly a projector from their ceiling or get brighter projectors that could light from a long distance. Other churches with a lower ceiling might be able to do things just as cheaply with a better projector, but this was the best option for their situation.

In fact, at their Bellevue campus, they did the exact same design. And since there are lower ceilings at that campus, they were able to front-light it. This, of course, meant redesigning the video for both campuses. But they were willing to put the extra effort into that in order to get a less expensive stage design. 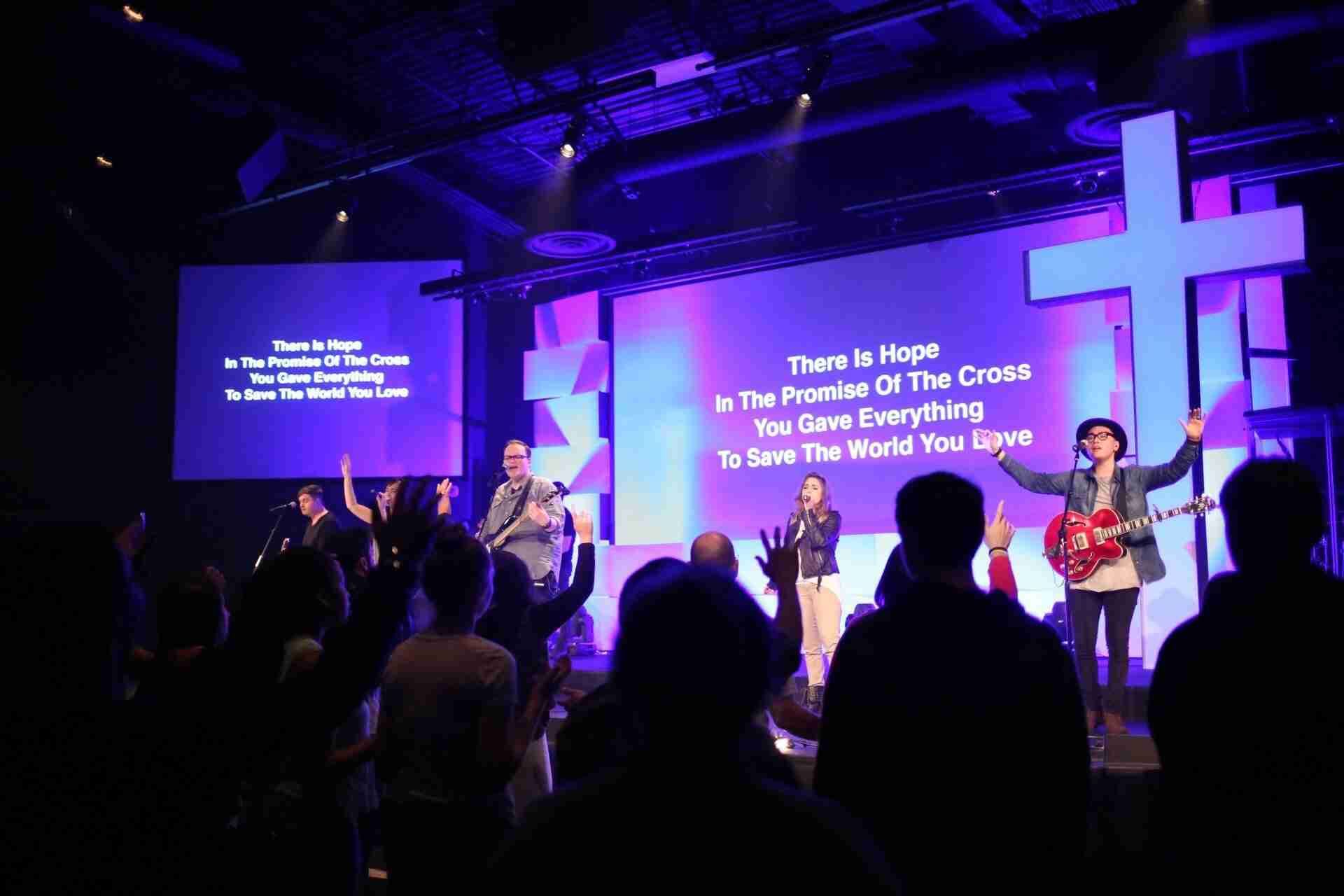 Really, the only expensive thing they bought was the scrim from Rose Brand.

The Back Wall Stage Design

The stage design behind the cross had already been on stage since the beginning of the year. It was their new look after their Easter musical.

The stage was simply Coroplast cut into 2×4? pieces, staggered on the wall with spacers to give it dimension. That stage design is great because it creates a lot of natural texture through the interplay of light and shadow.

They also chose to mirror this look with the projected visuals. The geometric look was in style at the time, so they decided to go that route. Of course, finding the perfect look was a process. They went through many iterations of the video, even as early as the week before Easter services. There were tweaks on the shapes, the animation, and the colors used in it.

But once they were able to get the movement of the cross illuminating the way they wanted it, the cross became its own lighting fixture that the lighting guys could use for their own purposes. They even had control of the computer ? via screen sharing in the lighting booth. In hindsight, they think that might have been an unwise decision. Fortunately, though, it worked for them.

The stage was such a huge part of the creative element for Easter 2015 at Champions Centre. So they put loads of effort into it and were grateful, feeling like the effort paid off.