Stretching Yourself as an Artist 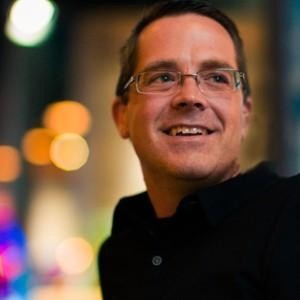 I really love live production. Some days I can’t believe I get paid to be a part of creating amazing moments for our congregation through the technical arts.

Because I love what I do so much, it?s easy to get tunnel vision. At times I get focused solely on production: new equipment + a better process + executing ideas.

Are there possible downsides to doing what I love to do every day? On the surface, no way. Why wouldn’t I want to love going to work each day? So many people I know have to work a job they don’t like so that they can afford the life they really want on the weekends. Instead of having a job and then a hobby after work, I?m fortunate enough to have them be the same thing.

But what if this isn’t the best way to live? What if there are downsides.

I tend to be obsessed with most things related to Winston Churchill. Here is a guy who, some would argue, single handedly changed the course of the 20th century. He loved what he got to do every day. He loved being at the center of events. He loved calling the best out of the British people. He was tireless in his work, because he loved it so much.

One thing I learned early on about Churchill is that he painted with water colors. This seemed so surprising to me.?Here was a gruff, hard nosed, no-nonsense man, who was holding back the darkness?with a paintbrush.

Knowing this about Churchill is what probably got me interested in painting for myself?well, that and my 6 year-old daughter who wanted me to paint with her. We started with the Crayola watercolor paint set, but from there I couldn’t stop buying more supplies and getting deeper and deeper into it. Now my daughter is 15 and is still into art, but has left watercolor painting way behind. It?s still with me.

Over the years, I?ve been surprised by how much painting has affected my life.?And not that everyone should take up watercolors, but there is something to be said for trying your hand at some form of art that is outside your normal bent.

Here are a few reasons that watercolor painting has been so beneficial to my life as a technical artist and as a human being:

Winston Churchill said, “It may be that those whose work is their pleasure are those who most need the means of banishing it at intervals from their minds.”

Because I love what I do every day, it?s pretty much all I think about. Some might call it obsessing. I wouldn’t?but mostly because it would probably mean admitting to something.

For Winston Churchill, he would be traveling to visit some trench near the front, weighed down by all the concerns of the leader of the fight against Hitler, and a tree would distract him. The different shades of color, the shadows, and wondering how he would capture them all with paint. This short rest from the demands of the larger job helped him do that larger job better.

Some people I know love working on home improvement projects. Others love photography. One friend of mine loves cyclocross. These are all things that help distract us from thinking non-stop about what we do every day.

I have new respect for the creative process.

There are two very difficult parts to any good painting: having a good idea to paint, then painting it.

As someone who usually spends his day planning and executing other people’s ideas, I can get pretty wrapped up in the process: wishing people would make decisions faster, wanting all the details up front, wondering why people can’t just come up with a better idea, etc. ?When you are on the executing side of an idea, it is easy to just get into “figure it out” mode, without any concern for how hard it was to come up with the idea in the first place.

As I began to paint more, coming up with an idea to paint became more and more difficult. This sometimes meant that I painted less and less. Without a decent idea, why would I sit down and paint at all??Because I loved doing it so much, it became pretty frustrating when I couldn’t come up with anything interesting to paint.

It dawned on me that coming up with an idea out of thin air isn?t easy. If it was difficult for me to figure out what to paint, I wondered if it was equally difficult for the creative team to come up with a good idea for our services.

I’ve had a few conversations with my pastor about ideas. He has said to me many times how precious good ideas are. It can be so easy to pick apart a good idea, just because we are doing our job of trying to figure it out.

The other part of the creative process that I got in touch with was now trying to do the idea. When painting, my idea usually looked better in my head. Either my technique wasn’t quite right, the water would just go wherever it wanted to, or both.

This was a huge eye-opener for me. To have an idea is one thing. But to turn it into something resembling what was in my head was an entirely different thing.?If it didn’t turn out the way I wanted it, coming up with a new idea was going to be painful. Or at the very least, I’d have to start over trying to execute the idea the way I saw it in my head.

Translate that into my world of production.?I’m trying to take what is in someone else’s head and turn it into what I interpret it is supposed to look like. Now enter budgets, time constraints, volunteer operators, and the people coming up with the ideas having to let go of it enough to let my team execute it. No wonder this is so hard!

When I started painting, I had no idea the things I would learn. I figured it would just be how to paint.

Instead, I learned that stretching myself artistically helped fill me up. To force myself outside of my normal concerns helped me to escape them, in a good way. It refreshed me to re-enter my normal everyday.

I also learned a ton about the creative process. To enter into my own creative process I learned how precious and elusive good ideas can be. Having the idea was one thing, but then making it the way I imagined it was another giant revelation.

Exploring other art forms made me a better technical artist.

Todd is a writer, speaker and all around great guy in the world of church production. Formerly the Technical Arts Director at Willow Creek Community Church, he now strives to leverage his experience for the benefit of technical artists in the local church through coaching, blogging, and the First In Last Out Conferences, a gathering for technical artists in the local church.
All Posts

Give People a Break

3 Things You Can Do to Make Worship Better

3 Ways Pride Will Wreck Your Ministry

Leading Worship from the Booth