Are You Taking Critiques Personally? 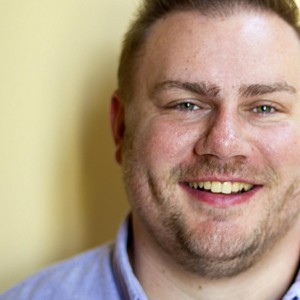 My first job out of seminary was as a high school ministry intern. Our team consisted of three pastors and two interns. I was the one on the team labeled ?creative.? I was the graphic designer, the video editor, and the production guy.

I was also the idea guy. At least I thought I was.

Being the ?creative person? on our team made me think I had the best ideas. The other guys were great and I loved working with them, but their ideas didn?t live up to the greatness of my ideas. I knew if we would simply implement all my ideas, we?d conquer the world and be the best student ministry that ever existed.

Yeah, 23-year-old me was an arrogant jerk.

There was a meeting a few months into the internship when we were planning an event. I had a great idea that excited me. I pitched it, thinking everyone would jump on board immediately and think it was as great as I thought it was. Instead, the reception was lukewarm. They wrote the idea on the white board and said, ?That?s good, but let?s keep thinking.”

Excuse me? That idea was a golden nugget from Jesus.

I spent the rest of that meeting tearing apart every idea someone else threw out. Instead of being a team player and helping others come up with an idea that would be best for our ministry, I sulked and took their critique of my idea personally. I figured if my idea wasn?t good enough, there?s no way theirs would be either.

After the meeting was over and we?d all cleared out of the room, one of the pastors asked me to step into his office. He?d seen what had happened with me in the meeting and knew exactly what was up.

He didn?t tell me I didn?t have good ideas. In fact, he told me I had a lot of great ideas. But he also shined a light on a dark place inside me. He showed me how I had my identity wrapped up in my ideas. He began to show me not only how, but why I was taking the critiques so personally. As we sat in his office, he told me one of the greatest pieces of advice anyone has ever told me:

That was a glass-shattering moment for me. It was the moment where I realized my creativity and ideas were not only my biggest asset to the team, but potentially my biggest weakness as well. If I didn?t learn how to take critique well, I would continue to sabotage the success of others.

In the years since that meeting, I?ve worked hard at this. I didn?t get to that place overnight, though. It took years of trial and error and learning about myself. In that time, I?ve found three ways to help us hold our ideas next to us instead of in front of our heart.

1. Bring others into the process.

2.?Learn we are more than our ideas.

It?s easy to feel we have better ideas than those around us. But our role as creative people is not about our ideas and us. It?s about the people and ministries we serve. They have ideas too. Our role is to effectively and creatively communicate their ideas and message in the best way possible.

These are three of the hardest things you?ll ever do as a creative. They sound pretty in a three-point article on the Internet, but they?ve taken me years to develop and implement. It?s been difficult, but being able to use critiques to my benefit has allowed me to become better than I could?ve dreamt.[quote]Critiques have the ability to build you up or rip you apart.[/quote]

Critiques have the ability to build you up or rip you apart. Taking every critique or opposing idea personally will kill you. It will take your biggest asset and make it your biggest weakness. For our ideas to have the impact we know they can, we have to hold them next to us and not in front of us. We won?t survive if we keep getting shot through the heart.

Jonathan loves three things: Dr Pepper, pop culture, and his wife Nicole. He's currently fulfilling a dream of being a freelance graphic/web designer for the global church. You can see his design work at CaroneDesigns.com.
All Posts

4 Ways to Get Unstuck in Your Designing Process

Questions to Ask When Your Leader Wants Something Designed

I Forgot How to Go to Church