The Nature of an Artist 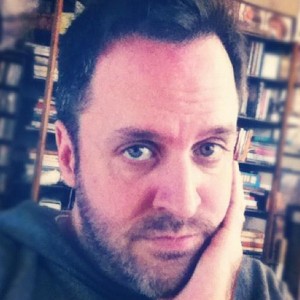 You know the guy. The artist.

The mad genius. The eccentric. The wild card. That guy on your team that has crazy talent, incredible ideas, and no sense of time. He?s five minutes late for everything. He barely seems to be paying attention sometimes. When he starts a project, he disappears for long stretches, and doesn?t seem to make any progress? then just as you?re about to pull plan B out of your pocket, he delivers the most beautiful piece of work you?ve ever seen.

He?s frustrating. The project manager wants to strangle him, but it?s worth it because the work is always good. You take the rest with a grain of salt because it?s all part of the package, right? He?s an artist. Disorganization is in his nature.

When I was in film school, I knew a lot of these guys. Often, they were the most exciting, brilliant people in the room. Their ideas were interesting. Their taste was eclectic. When I talked to them, we?d always end the day with at least three or four amazing concepts for projects that we were going to work on together, and I?d go to sleep imagining how awesome it would be once those ideas became a reality.

It was as if their brains stalled at the idea phase. All dreams, and no follow through. They were powered by the thrill of the new, and that thrill only lasted until the next idea came along. I felt really bad for them, realizing how much great stuff would never be shared with the world because these guys couldn?t get their act together. It was as if they were taking all this amazing talent God had placed inside them and throwing it away.

Then I realized: I was that guy, too.

How many times had I participated in that conversation saying, ?What if we did this?? only to ask, ?Why didn?t we ever do that?? later?? How many projects had I started with big ambitions, only to make compromises in the end just to get it done? How many scripts did I start and leave unfinished? How many opportunities would I let pass me by before I decided enough was enough?

My solution was to go out and apply for work at a local TV station.

Here?s the thing about working in TV news: they don?t care how creative you are. Local news is a daily grind of short notice and shorter deadlines. Skill matters, but what matters more is filling holes. Every day, I spent six hours gathering footage around the city, and around an hour or so editing it all down to two or three stories totaling about 90 seconds in length. Then I?d go home, forget everything, and start from scratch the next day. No one asked me about my process. No one asked my about my ideas. I was given a slot, and I was expected to fill it.

This was where I learned how to be an artist.

Making the adjustment from film school to TV news was a pretty rough process.? But I learned some valuable lessons.[quote]You?re not hired to be. You?re hired to do.[/quote][quote]You can?t evaluate decisions you don?t make.[/quote][quote]There?s no excuse for not doing what you say you?re going to do.[/quote]

Once I learned these lessons, I was never again satisfied to just let creativity happen. The myth of the artist is that they are just vessels of the muse, unable to produce great work unless inspiration comes in the middle of the night. Sure, that happens from time to time. But most of all, it?s work. It?s hard, diligent, uncompromising work, and the more disciplined you are, the easier it will become. And when that muse does show up unexpectedly, you?ll ready be to spring into action.

Kevin Ely is the Central Leader for Creative Content at LifeChurch.tv. He blogs for the LifeChurch.tv Creative Media Team (@lctvmedia) at http://blingblog.tv, and you can follow him on Twitter at @kevinely.
All Posts