Serving in media leadership roles at two large churches, I’ve made tons of mistakes. And I’ve learned quite a bit in the process.

One of the key things I’ve learned is that I can’t do it all. I learned the hard way that as our production teams grew in number and in ability, the more I needed to give away. The more I needed to create roles for people and give opportunities to others to lead. I needed to step out of the way.

This was true for us when we implemented a Video Producer role at the Columbia, SC campus of Newspring Church. I found myself leading a team of 10-15 video volunteers to execute a set of services. (We had a team of 15-20 come in Sunday morning and do a Run-Through and 3 services, then a separate crew of 10-15 volunteers come in Sunday afternoon for another Run-Through and 2 evening services).

With more people needed in Video than Audio and Lighting, I found myself leading the largest teams on Sundays, managing our production room, helping to execute the services, and build relationships with our team members. I was simply doing too much.

So we created the role of a Video Producer.

This was a high-capacity volunteer that could manage the production room and keep everyone on the same page or put out fires if need be. This also took some stress off of our Video Director to not have to manage as much. (To give you an idea of our set up- In Video World alone, we had a Director, a Broadcast Operator (someone who streamed the message from our Broadcast Campus), 2 ProPresenter Operators, 2 Stage Camera Operators, 1 Stationary Camera Operator, stage hands, camera grips, people leading teams to welcome new volunteers, and others who helped in our Production Headquarters). It was, and still is, quite the operation.

We implemented the role of Video Producer. Again, this was a volunteer. Here is the Position Description and Responsibilities for this role:

The Video Producer leads the Director and the entire Video Team on Sundays and at Fuse (our Wednesday night Student Service). This position is responsible for making sure that everything related to the execution of video happens with excellence.

1. Meets with the Video Coordinator and the Director during the week to work through and know all aspects of the service.

2. Is responsible for communicating all details of the service to the Director and the volunteer team that is serving.

3. Makes sure all volunteers are checked-in and makes decisions on shifting people to different positions if necessary. They are responsible for making sure each position is manned with a competent volunteer that can execute that position with excellence.

4. Makes sure all volunteers are at their position before the counter drops and at all times when positions need to be manned.

5. Is proactive in putting out potential fires and crisis before they happen, having a general awareness, seeing issues that come up before they become problems.

6. Helps create an enjoyable environment for all volunteers. Is upbeat, energetic, and encouraging, setting the atmosphere in which volunteers serve.

7. Should consistently look for ways to “coach up” volunteers. If there is a problem with a position, it is the Video Producer’s responsibility to have conversations to coach up areas of improvement.

8. Leads the Video Production Team Meeting to walk through details of the service.

9. Takes detailed notes during Run-Through of things that need to be improved on.

10. Attends the Post Run-Through Eval Meeting with the Staff Team after Run-Through. Is responsible for making sure all changes and improvements are implemented.

You might be thinking, “Man, that’s a job for a staff member! You put all that on a volunteer?”. Yes! You’re starting to catch on… every role on your team can be lead by a volunteer. Break up the responsibilities and tasks into bite-size roles in order to create opportunities for people to serve.

This list may sound like a lot of work, but with 15-20 other volunteers and staff members around to handle other things, and with everyone working together, it’s really not that much to put on a volunteer, especially a high-capacity one.

Plus, if you’re a church with multiple campuses, this is a perfect place to groom potential production staff members. I also found too that with a volunteer serving as a Video Producer, I could be in other places. I could minister and build relationships with team members. I could have conversations with people and not have to cut them short to run back to the headset or be in ‘position’. I could observe from the auditorium, or the back of our production room, getting fresh perspectives on how the service was coming together and looking to the audience. I could spend time with other staff members, helping them do things or make decisions.

What roles have you created that have allowed your team to execute services at a high level? 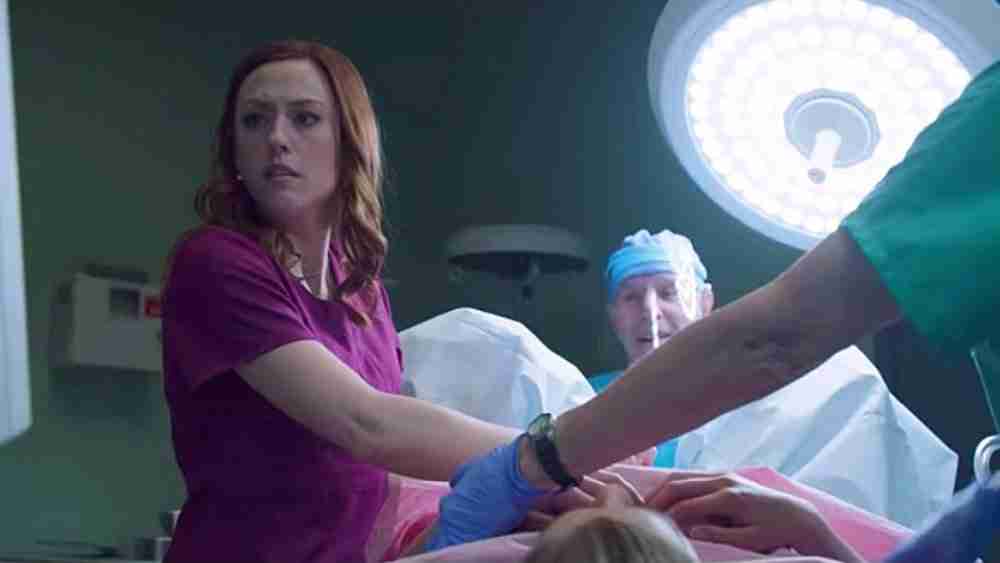